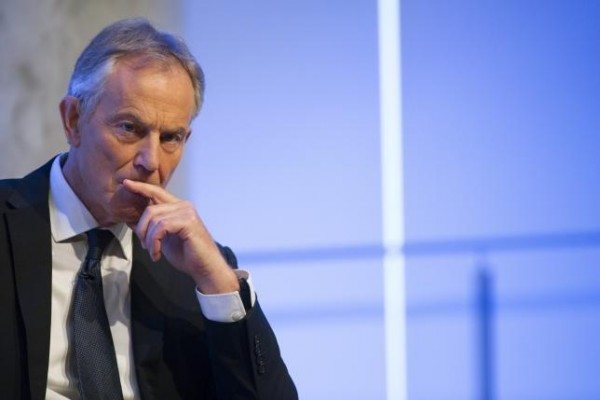 Former British Prime Minister Tony Blair listens to a question during an appearance at the 9/11 Memorial Museum in New York October 6, 2015. REUTERS/Brendan
Share:

Former British Prime Minister Tony Blair acknowledged the 2003 invasion of Iraq played a part in the rise of the Islamic State militant group, and apologized for some mistakes in planning the war, in an interview broadcast on Sunday.

Blair’s decision to send troops to back the U.S.-led invasion is still a live political issue in Britain, where a six-year public inquiry into the conflict is yet to publish its findings.

Asked whether the offensive was the principal cause of the rise of Islamic State, which now controls large areas of Iraq and neighboring Syria, Blair said there were “elements of truth” in that.

“Of course, you can’t say that those of us who removed (former Iraqi dictator) Saddam (Hussein) in 2003 bear no responsibility for the situation in 2015,” Blair told U.S. network CNN.

Critics say the U.S. decision to disband Saddam Hussein’s army after the invasion created a huge security vacuum exploited by al Qaeda, which was eventually replaced by Islamic State.

Some former Iraqi army officers, members of the Sunni Muslim minority which says it has been marginalized by the Shi’ite-led government backed by Western powers, are senior strategists in Islamic State. The Iraqi government says it has not marginalized Sunnis.

Blair said the “Arab Spring” uprisings across the region also affected Iraq, and pointed out that Islamic State had risen out of a base in Syria, not Iraq.

Blair apologized for what he described as mistakes in planning and intelligence before the war and in preparations for would happen once Saddam was removed, but said it had been the right decision.

“I find it hard to apologize for removing Saddam. I think, even from today in 2015, it is better that he’s not there than that he is there.”