Lebanese MP warns that the state will eventually collapse, interview 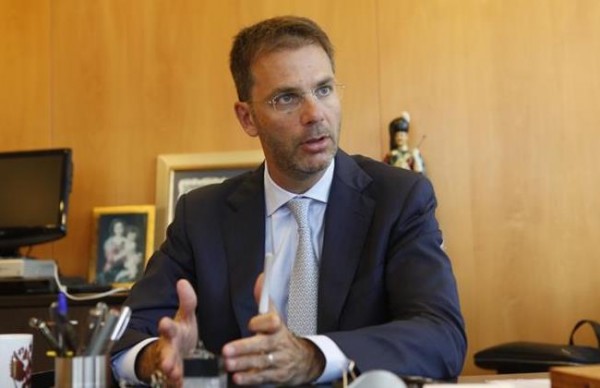 Lebanon has often been heralded as an impossible state, a delicate balancing act of sectarian and partisan concerns that threatens to crumble at the slightest whiff of political or social instability and yet that has somehow managed to endure through decades of turmoil that would have rendered most states nothing more than piles of smoking rubble. Against all odds, the tiny and fragmented country emerged from the ashes of its civil war as a shining example of a modern neoliberal state, with a muscular private sector and a cash-rich diaspora eager to channel money into burgeoning Lebanese industries. Now, however, there are rising concerns that the Lebanese bubble may be on the verge of rupturing; and the cracks are beginning to show.

On Wednesday, the country’s parliament failed to meet the required quorum to elect a new president for the 30th consecutive time in a period of 17 months. Lebanon has been teetering on the edge of a political void since former president Michel Suleiman stepped down on 25 May last year, while in the capital Beirut, already plagued with severe electricity shortages, rubbish has been piling up amidst a growing crowd of protesters who have taken to the streets to express their anger and frustration at the debilitating inefficiency of the current government.

“I think the system has to change. It’s got to a point where it’s not working anymore, where it’s consistently dysfunctional; and to a point where it’s affecting the lives of the people,” says Robert Fadel, an independent member of the Lebanese parliament and a prominent critic of the current political system. “We need to renew somehow the leadership… We need a new generation of people in politics and running the country.”

Fadel has come to London as part of a series of visits to meet with policymakers and diplomats in European countries in order to draw attention to the issues currently facing his home nation. Lebanon, he points out, has always had a much closer relationship to the West than many of its Arab neighbours, and has, both economically and socially, been much more open to Western forms of market capitalism – a fact that has arguably been at least partly responsible for its burgeoning success over the past few decades.

But the Lebanese economic miracle has been built on an edifice of sectarian fissures and crumbling political legitimacy, buoyed up by the intervention of regional players who have used the tiny coastal enclave as a proxy battleground for their own interests.

“There are two major reasons that led us where we are, says Fadel. “The first one is the role that regional powers have in Lebanon, whereby even if the Lebanese come to agree on something there will always be one of the regional powers vetoing whatever… The other one is the fact that the leadership has been more or less the same for the past 30 years, and they are, to some extent, entrenched into what have become personal conflicts; it’s not anymore [sic] a political conflict or a political battle, it’s become in many cases personal issues.”

Today, this same system seems to be buckling under the combined economic, social and political pressures the country is currently facing. Lebanon has been one of the major recipients of Syrians fleeing the ongoing conflict over the border, with an estimated influx of over one and a half million refugees in a country with a total population of only 4.6 million. The resulting strain on an already floundering political and public service infrastructure is threatening to bring the country to its knees. “We’re kind of borderline in a state where there is no law,” Fadel comments grimly.

“The question is: How long is this sustainable? If you add to this the political crisis that we have in Lebanon in which the state is basically totally paralysed, it’s not impossible that we get to the point where the state will eventually collapse. What happens at this point in time is that Lebanon can no longer be a shelter for these Syrian refugees and they’re going to be on the road looking for another shelter.”

“The question is: How long is this sustainable? If you add to this the political crisis that we have in Lebanon in which the state is basically totally paralysed, it’s not impossible that we get to the point where the state will eventually collapse. What happens at this point in time is that Lebanon can no longer be a shelter for these Syrian refugees and they’re going to be on the road looking for another shelter.”says Robert Fadel, an independent member of the Lebanese parliament

The imminent threat of state collapse in Lebanon, however, will have repercussions that extend far beyond the borders of the country itself. Indeed, Lebanon has long been seen as “a canary in a coalmine” when it comes to regional fault-lines, and a crisis here means potential ripple effects that may provoke shock waves across the whole Arab world and the Mediterranean beyond.

As both a politician and a figurehead of Lebanon’s strong private sector – he currently holds the positions of chairman and CEO of Lebanon’s leading retail company, ABC Group – Fadel brings a message of economic liberalisation and market reform that is sure to fall on receptive ears in Western capitalist democracies. His primary solution to the current crisis is, simply, more investment, both from the Lebanese diaspora (with regards to domestic politics) and from Europe itself (as a way to solve the ongoing refugee crisis).

His primary criticism of Europe in this regard is the contrast between the moral hand-wringing and expressions of solidarity touted by many European countries on the refugee question and the lack of credible funding sources for dealing with the crisis on the ground in the region.

“I feel there is somehow a lack of consistency between what I hear and what I read in the press – which is acknowledging that this is a global responsibility, saying that it’s actually much more cost-effective to help refugees in neighbouring countries than it is here[in Europe] – and yet there’s no financial means to do that,” he remonstrates.

Referring to the UK’s pledge to take in a total of 20,000 Syrian refugees over the course of the next five years as “a joke”, Fadel is clear that the benefits to providing more financial support for refugees currently overwhelming neighbouring countries such as Lebanon far outweigh the cost.

“The amount that was needed for the [World Bank] food vouchers [last year] was $200 million. That’s for 4 million people. The UK estimated the cost of hosting 20,000 refugees to be between £220 and £500 million a year. So basically it costs the same to deal with 20,000 [in Europe] and 4 million [in neighbouring countries]. And yet it’s not done.”

There are signs that European nations may be receptive to such logic, such as the recent EU deal to offer £2.21 billion in aid to Turkey in return for its help in stemming the flow of refugees to Europe. It is this sort of financial help, Fadel argues, that is key not only to resolving the strain on Lebanon’s failing infrastructure, giving the country breathing space to settle its political deadlock, but also to prevent the further spread of instability across both the Middle East and, potentially, Europe itself.

“The West and the EU need to realise that Lebanon is a low-hanging fruit. It’s as important as dealing with the Syrian issue, and much easier and much more cost-effective to deal with the refugee crisis within Lebanon than dealing with the consequences.”