FM Bassil and Iranian official travel together to Tehran 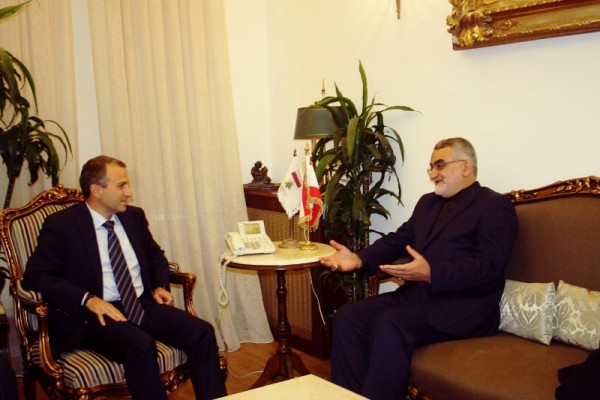 Boroujerdi had paid a visit on Friday to Lebanon where he held talks with senior officials, including Prime Minister Tammam Salam, Bassil, and Hezbollah chief Hassan Nasrallah.

Bassil will be attending a regional conference affiliated with the Munich Security Conference at the invitation of his Iranian counterpart Mohammed Javad Zarif, reported the daily An Nahar.

The conference will be attended by a number of regional and international foreign ministers.

Bassil will also address bilateral ties with numerous Iranian officials, as well as discuss the ongoing presidential vacuum in Lebanon.

The Lebanese parliament failed again on September 29th and for the 29th time in a row to elect a president to replace Michel Suleiman whose term ended on May 25 last year.

Speaker Nabih Berri a key ally of Hezbollah postponed the election to October 21, 2015 .

Lebanese Forces leader Samir Geagea who was the first to announce his candidacy for the presidency accused Iran on several occasions of being behind the presidential vacuum.