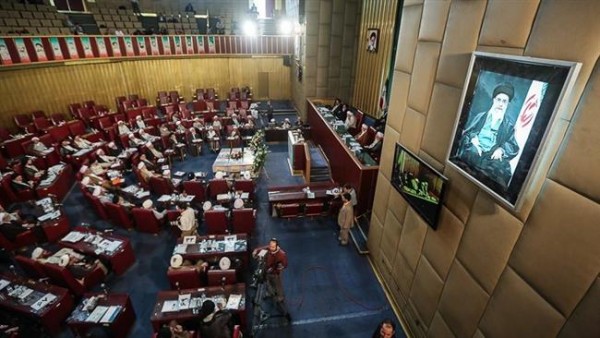 Iranian Guardian Council meeting – file photo
Share:
A senior council of clerics and officials in Iran on Wednesday approved implementing the landmark nuclear deal with world powers, sealing the final required step in the process despite hard-liners’ efforts to derail it.

Iranian state television reported that the Guardian Council, one of the top leadership bodies in Iran’s cleric-ruled system, gave final approval to a bill passed by parliament to implement the deal.

The 12-member council, half appointed by Iran’s Supreme Leader Ayatollah Ali Khamenei and half by the country’s judicial chief with parliament’s approval, must sign off on all bills before they become law.

The bill grants responsibility for implementing the deal to Iran’s Supreme National Security Council, the top security body of the country, which President Hassan Rouhani heads. It allows Iran to withdraw from the agreement if world powers do not lift sanctions, impose new sanctions or restore previous ones.

The bill also requires the Iranian government to work toward the nuclear disarmament of Israel, which has the region’s sole, if undeclared, nuclear arsenal. The bill also says the government should take “necessary measures” to prevent the U.S. and the West from penetrating the country through the deal, a concern mentioned by Khamenei himself in recent weeks.

Hard-liners had hoped to stall the deal in order to weaken Rouhani’s moderate administration ahead of February’s parliamentary elections. But many in Iran applauded the final nuclear deal, struck July 14 in Vienna, as it would lift crippling economic sanctions in exchange for limits on the nuclear program.

The U.N. Security Council previously approved the deal on July 20 and the U.S. Congress blocked efforts by Republicans to derail the accord in September. That left Iran to approve the deal, which came after nearly two years of negotiations between it and the United States, Britain, France, Russia, China and Germany.

On Tuesday, hard-line lawmakers had sought to prevent its approval in parliament, but 161 lawmakers voted for implementing the nuclear deal, while 59 voted against it and 13 abstained. Another 17 did not vote at all, while 40 lawmakers did not attend the session.