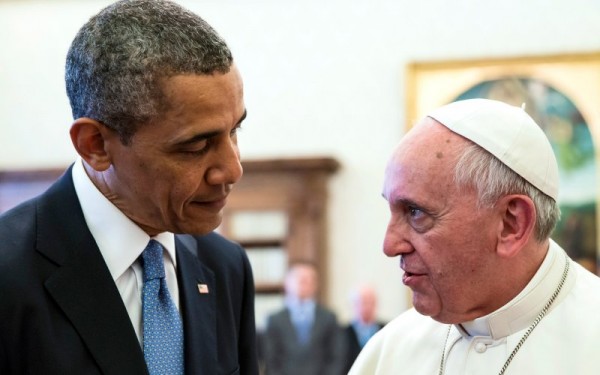 U.S. President Barack Obama and Pope Francis  had reportedly discussed the developments in Lebanon during their meeting in the US ,Kuwaiti daily al-Anba reported  on Friday .

Vatican  sources told the daily that pledges were made by “influential international forces” to exert serious efforts to end the presidential vacuum in Lebanon “before the end of the year.”

The pope concluded earlier this week a five-day visit to the United States during which he held talks with Obama on numerous global affairs.

The Lebanese parliament failed again last week  and for the 29th time in a row to elect a president to replace Michel Suleiman whose term ended on May 25 last year.

Speaker Nabih Berri a key ally of Hezbollah postponed the election to October 21, 2015 .