Iranian Interior Minister Abdolreza Rahmani Fazli arrived at the house of the former ambassador to offer his condolences to his parents and inform them about the incident.

Saudi Arabia’s Health Ministry says the stampede killed at least 769 pilgrims and injured 934. Pakistan, India, Indonesia and Iran all have said the toll may be higher.

Iranian foreign ministry spokeswoman Marzieh Afkham denied reports by some Arab media that he had traveled to Saudi Arabia under a false name.

“He entered with a normal passport to perform the hajj” and “his identity and that of other missing pilgrims have been provided to Saudi Arabia,” she said. 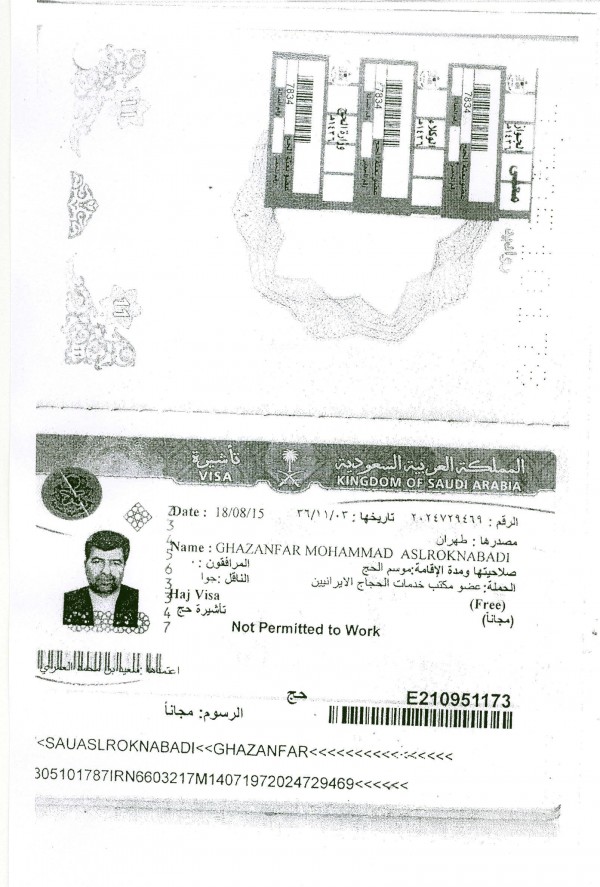 Iranian media published a photo of his passport with a Saudi visa.

Saudi and Iranian health ministers agreed after days of fierce debate to repatriate the corpses of Iranian pilgrims killed in the stampede.