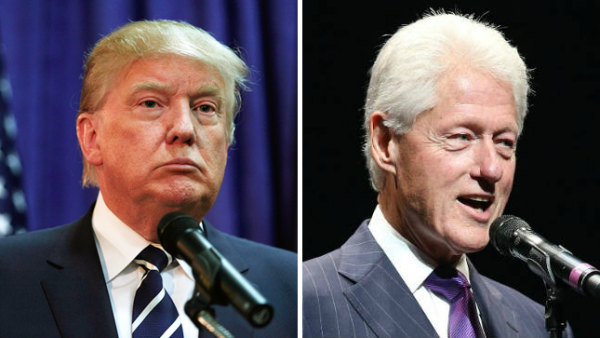 Former US President Bill Clinton says Donald Trump could win the GOP nomination thanks to his ability to promote a unique personal brand.

“He’s a master brander,” Clinton said during an interview with CNN’s Fareed Zakaria on Saturday.

“And when you’ve got a lot of people running, and people are trying, got to make distinctions, being able to put a personal stamp on it so people identify who you are, certainly counts for something, at least in the beginning.”

When asked by Zakaria if he believed Trump could win, Clinton said “I think so.” But he was quick to qualify and note that he’s been out of politics for years.

“I’m not the best pundit anymore, I don’t have a good feel for this, all I know is what I’ve heard from the country.”

He added that Trump has reached out to the working class to give them economic reasons to vote for him, including restricting immigration and limiting Chinese imports.

“That all has to be fleshed out over the course of time and I’m sure the other future debates will do it,” Clinton said.

“But he’s got a lot of pizzazz and zip, he’s branded himself in a clear way and he’s generated some excitement. And it remains to be seen what’s going to happen.”

Clinton said he believes there is more enthusiasm on the Democratic side, where his wife Hillary Clinton is running.

“Both Hillary and Sen. [Bernie] Sanders [I-Vt.] have laid out detailed policy positions, talked about what they would cost,” he said.

“You can actually have a debate there where you can discuss the relative merits of their positions on healthcare, generating jobs, lifting incomes or whatever. But over there, it seems to be more about resentments and one-liners.”