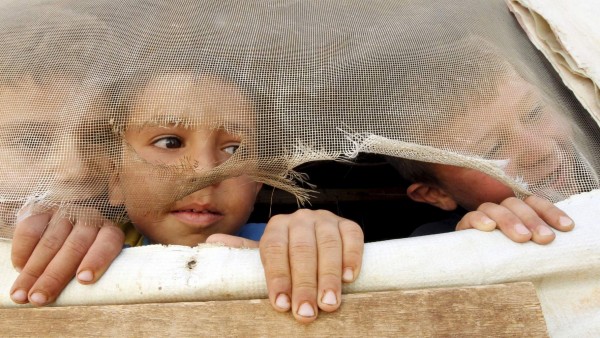 Europe has been in the grips of the worst refugee crisis since the Second World War, but it could be about to get a lot worse.

That is the perspective from Lebanon, which has taken the brunt of Syria’s exodus and is now at breaking point.

Coming to the small Mediterranean nation also helps explain why the crisis has suddenly erupted now.

Lebanon is a truly remarkable country. For the last four years, it has absorbed at least a quarter of its population in refugees. While Europeans agonize over a refugee crisis, but a real one has been under way here.

Imagine the UK being invaded by the population of London twice over. Refugees are everywhere, camped in fields, lay-bys, beaches and building sites.

Then imagine that in a Britain that hasn’t had a functional government for months, where garbage collects in festering piles because authorities can’t even agree on the most pressing challenge: clearing the nation’s rubbish.

At one point, Lebanon was absorbing 10,000 refugees every 24 hours – meaning it would take just two days to take in the number Britain plans to accept in the next five years.

It reached its limit in January – closing its borders to all but the most urgent cases.

With Lebanon effectively full and Jordan in the same predicament, Syria’s refugees have needed to push further west.

Changing dynamics in Syria’s civil war have pushed more people out – and relatively richer Syrians living in government-held areas have seen those areas threatened and run out of hope.

They have enough savings to pay the people smugglers to get them to Europe.

For four years, Lebanon and Jordan have taken the brunt and absorbed huge numbers, acting as buffers for countries beyond.

Aid agencies know there could be many more to come. A major offensive on Damascus for instance could send hundreds of thousands across Lebanon’s border.

With the country effectively unable to take them in, most will likely head Europe’s way.

And there are signs the current numbers of refugees already here are unsustainable.

The World Food Programme says it only has a third of the $4.5bn (£2.92bn) it needs to feed Lebanon’s refugees. Wealthier nations are not giving enough to support them.

Syrians registered as refugees are now given only $13 (£8.44) a month in food vouchers a month to live on.

Then there is the parlous state of Lebanon’s government. Thousands took to the streets again this week to protest its mismanagement and corruption.

Lebanon has an extraordinary ability to remain stable despite everything. But if the current tensions lead to instability, the refugee crisis will only deepen further.

Lebanon’s hospitality and generosity to its Arab neighbours have been remarkable and saved Europe from a crisis erupting earlier.

But it has reached a limit, and that could be ominous for Europe if matters in Syria continue going from bad to worse.
SKY NEWS