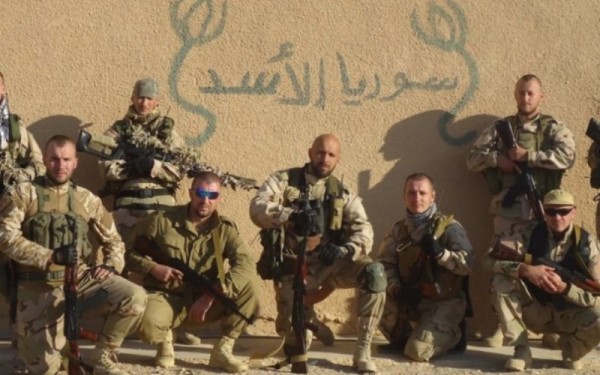 Russian forces have begun participating in military operations in Syria in support of government troops, three Lebanese sources familiar with the political and military situation there said on Wednesday.

The sources, speaking to Reuters on condition they not be identified, gave the most forthright account yet from the region of what the United States fears is a deepening Russian military role in Syria’s civil war, though one of the Lebanese sources said the number of Russians involved so far was small.

U.S. officials said Russia sent two tank landing ships and additional cargo aircraft to Syria in the past day or so and deployed a small number of naval infantry forces.

The U.S. officials, who also spoke on condition of anonymity, said the intent of Russia’s military moves in Syria was unclear. One suggested the focus may be on preparing an airfield near the port city of Latakia, a stronghold of Syrian President Bashar al-Assad.

U.S. officials have not ruled out the possibility that Russia may want to use the airfield for air combat missions.

U.S. Secretary of State John Kerry spoke to his Russian counterpart for the second time in four days to express concern over reports of Russian military activities in Syria, warning that it could fan more violence.

The White House said it was closely monitoring the situation.

Russia says the Syrian government must be incorporated into a shared global fight against Islamic State, the Islamist group that has taken over large parts of Syria and Iraq. The United States and Assad’s regional foes see him as part of the problem.

“We would welcome constructive Russian contributions to the counter-ISIL effort, but we’ve been clear that it would be unconscionable for any party, including the Russians, to provide any support to the Assad regime,” White House spokesman Eric Schultz said, using an acronym for Islamic State.

Assad’s forces have faced big setbacks on the battlefield in a four-year-old multi-sided civil war that has killed 250,000 people and driven half of Syria’s 23 million people from their homes.

Syrian troops pulled out of a major air base last Wednesday, and a monitoring group said this meant government soldiers were no longer present at all in Idlib province, most of which slipped from government control earlier this year.

Moscow confirmed it had “experts” on the ground in Syria, its long-time ally in the Middle East.

But Russia has declined to comment on the scale and scope of its military presence. Damascus denied Russians were involved in combat, but a Syrian official said the presence of experts had increased in the past year.

NATO Secretary General Jens Stoltenberg said reports of growing Russian military activity in Syria were a cause for concern, while France said it made finding a political solution to the crisis more complicated.

Two of the Lebanese sources said the Russians were establishing two bases in Syria, one near the coast and one further inland which would be an operations base.

“The Russians are no longer just advisors,” one of the sources said. “The Russians have decided to join the war against terrorism.”

Moscow’s only naval base in the Mediterranean is at Tartous on the Syrian coast in territory held by Assad, and keeping it secure would be an important strategic objective for the Kremlin.

Another of the Lebanese sources said that so far any Russian combat role was still small: “They have started in small numbers, but the bigger force did not yet take part … There are numbers of Russians taking part in Syria but they did not yet join the fight against terrorism strongly.”

The Syrian official said: “Russian experts are always present but in the last year they have been present to a greater degree.”

Officials in the United States, which is fighting an air war against the Islamist militant group Islamic State in Syria and also opposes Assad’s government, have said in recent days that they suspect Russia is reinforcing to aid Assad.

Washington has put pressure on countries nearby to deny their air space to Russian flights, a move Moscow denounced on Wednesday as “international boorishness”.

Russia has set out the case for supporting Assad in the most forthright terms yet in the past few days, likening the Western approach to Syria to failures in Iraq and Libya.

Part of the diplomatic quarrel has centered around use of air space for flights, which Moscow says bring humanitarian aid but U.S. officials say may be bringing military supplies.

U.S. officials, speaking on condition of anonymity, told Reuters on Wednesday that multiple Russian flights have passed over the airspace of Iran and Iraq to reach Syria.

The State Department said Russian use of Iranian airspace would not be surprising, given Tehran’s past support for Assad.

Spokesman John Kirby said the United States had advised “partners and our friends to ask the Russians tough questions about” overflight requests. He did not elaborate, saying only: “I’m not gonna detail diplomatic conversations.”

To avoid flying over Turkey, one of Assad’s main enemies, Russia has sought to fly planes over Balkan states, but Washington has urged them to deny Moscow permission.

On Tuesday, Bulgaria refused a Russian request to use its airspace citing doubts about the cargo on board. It said on Wednesday it would allow Russian supply flights to Syria to use its airspace only if Moscow agreed to checks of their cargo at a Bulgarian airport.

Turkey has not officially confirmed a ban on Russian flights to Syria but says it considers any requests to fly over its air space to Syria on a case by case basis.

Thus far in the war, Iran and its Lebanese ally Hezbollah have been Assad’s main sources of military support. The momentum turned against Assad earlier this year.

In the latest setback, state television reported government troops had surrendered an air base in northwestern Syria to a rebel alliance after nearly two years under siege.

This meant the last government troops had withdrawn from central Idlib province, according to the Syrian Observatory for Human Rights, a UK-based group that monitors the conflict.