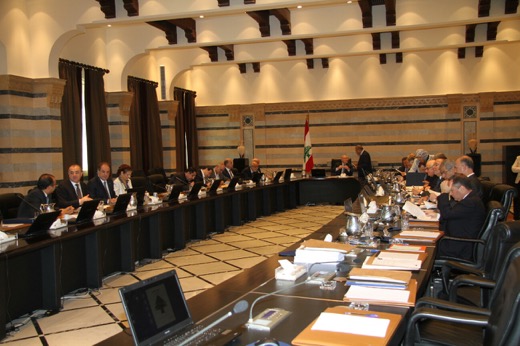 Lebanon’s government agreed a plan to resolve a waste disposal crisis late on Wednesday, ending a dispute that has caused piles of rubbish to fester on Beirut’s streets and triggered a wave of popular protests.

The long-term plan, agreed on during an emergency cabinet meeting gives municipalities a main role in treating local waste with expert help and supervision, and also assigns two landfills in Akkar and in Masnaa area near the border with Syria.

“We see that this plan meets the conditions. Tonight the cabinet agreed on an environmental solution path that is sustainable and safe,” Agriculture Minister Akram Shehayyeb, who led the team to draft the plan, told reporters after the cabinet meeting.

It was not immediately clear if the plan requires parliamentary approval or if the Lebanese who took to the streets to protest would accept it.

The waste crisis triggered wide public protests with some angry Lebanese calling for resignation of the government. The cabinet meeting, which lasted for a few hours, came shortly after a “national dialogue” meeting which ended with no apparent decision on a way out of the deadlock. A spokesman said that another session would be held in a week’s time.

On Wednesday, Lebanese security services locked down central Beirut as protesters mobilised against government failures, including a rubbish disposal crisis that has allowed garbage to pile up in Beirut.

The protesters were kept away from government buildings by soldiers and barbed wire fences as politicians held meetings behind the barricades.

The demonstrators, who in recent weeks have mobilised in their thousands independently of the main sectarian parties, waved Lebanese flags and held banners calling for change and denouncing what they view as a corrupt political system.

“The people who rebelled on August 29 in Martyrs’ Square are here to tell them (politicians), your time is over – it is time for change today,” activist Samer Mazeh said. Beirut’s central Martyrs’ Square has become the focal point of protests after demonstrations at the end of August turned violent.

Demonstrators said the national dialogue was doomed to failure.

Hundreds of soldiers lined entrances to downtown Beirut early on Wednesday, locking down the area before politicians were due to arrive. Armoured vehicles lined streets in the sweltering summer heat as a sandstorm engulfed Lebanon for a second day.

Prime Minister Tammam Salam urged politicians ahead of the meetings to “participate in an active and positive way to make this dialogue successful, to help us out of this aggravated crisis”.

The garbage is “putting pressure on the people and stirring the people’s anger. We share the anger if we cannot reach a cure,” Salam said before the cabinet meeting. Salam has expressed frustration at the failings of his cabinet which struggled to resolve the garbage problem triggered by the closure of Beirut’s main rubbish tip in July.

He threatened to resign last month as protests calling for a solution to the rubbish crisis turned into calls for the cabinet to step down.

“This government is afraid of its people, closing the roads to a constitutional institution – the parliament. We should be protesting today in front of the parliament, peacefully,” said Marwan Maalouf, one of the founders of the “You Stink” campaign, in an interview with New TV.

The protests have been organised independently of the main sectarian parties, posing a challenge to their influence.

The Lebanese parliament, like other institutions of state, has barely functioned in recent years in a political crisis linked to wider regional turmoil, including the war in neighbouring Syria.

Salam’s cabinet includes Shi’ite Muslim group Hezbollah, which is backed by Iran, and the Future Movement, led by the Saudi-backed Sunni politician Saad al-Hariri, together with rival Christian parties.

The presidency reserved for a Maronite Christian has been vacant for more than a year, with no consensus on who should fill it. It was the top item at the national dialogue meeting on Wednesday

The cabinet meeting was boycotted by Foreign Minister Gibran Bassil of the Free Patriotic Movement and State Minister for Parliament Affairs Mohammed Fneish of Hezbollah.

The plan involves the reopening of the controversial Naameh landfill for a period of seven days, said Shehayyeb after the session. The decision to reopen the landfill is aimed at dumping the garbage that accumulated in random sites in Beirut and Mount Lebanon after the July 17 closure of Naameh.

The minister said the plan restores the municipalities’ waste management role and includes establishing two sanitary landfills in the Akkar area of Srar and the Bekaa area of al-Masnaa as well as “making use of the waste management plant in Sidon” and reactivating the Bourj Hammoud landfill near Beirut.

It was not clear from the plan if Sukleen will continue to handle the company that collects and dumps the garbage garbage .

Education Minister Elias Bou Saab of the FPM said his colleague Bassil boycotted the cabinet session to send “a message of protest over the issue of the cabinet’s work mechanism.”

Despite the boycott of Bassil and Fneish, Hezbollah’s Industry Minister Hussein al-Hajj Hassan and the two ministers of the allied Tashnag Party and Marada Movement attended the session.
Reuters