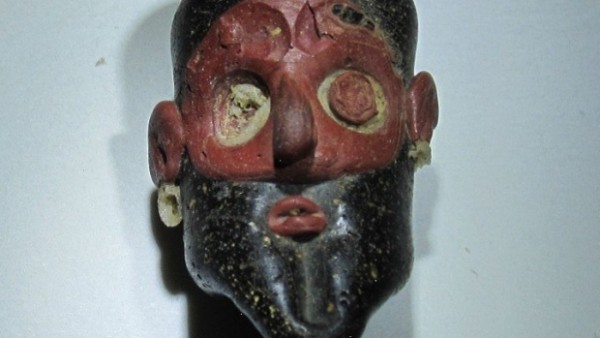 Canada has returned an ancient glass pendant to its home in the Middle East, a decade after it was seized from an antiquities dealer in Montreal.

The tiny Phoenician pendant, dating from circa 600 BC, was seized by Canadian border officers in 2006, and the artifact has spent 10 years in limbo while art experts, politicians, diplomats and the courts sorted out its rightful home.

A Federal Court judge finally ruled in May this year that the pendant should be returned to the government of Lebanon, its country of origin, under a 1970 UNESCO convention that requires cultural property to be repatriated if it was exported illegally.

And so in a small, private ceremony in Ottawa in late July, the red-and-black glass image of a bearded man’s head was turned over to the chargé d’affaires of the Lebanese Embassy.

The return of the pendant, no bigger than a fingertip and estimated to be worth about $1,000 in the antiquities trade, marks the 20th time that Canada has acted under the 45-year-old UNESCO convention.

The glass pendant was taken from Allan Anawati, owner of Medusa Ancient Art Inc. in Montreal, by border officers on Nov. 27, 2006.

“An expert at the Montreal Museum of Fine Arts was consulted on its origin and authenticity,” says a briefing note obtained under the Access to Information Act from the Canadian Heritage Department.

“The expert indicated that it was authentic, dated to the sixth century BCE and originated from the larger Syrian Empire (which includes the modern state of Lebanon).”

On May 14, 2007, the Lebanese Ministry of Culture formally requested the pendant’s return, and the Canada Border Services Agency officially seized the object under the Customs Act, and eventually referred the matter to Canadian Heritage.

The department then went to Federal Court for a judge’s order. Anawati declined to challenge the application.

“In light of the low value of the pendant, legal fees would not justify further efforts toward this dispute,” Anawati said in an email to CBC News, declining further comment.

Judge Luc Martineau then issued the order in May this year, with no compensation or legal costs granted to Anawati. The handover was made July 28 at the Canadian Conservation Institute in Ottawa, the first time Canada has returned a cultural object to Lebanon under the convention.

Sami Haddad, chargé d’affaires at the Lebanese Embassy, recently took the pendant to Beirut, where it will eventually go on display in the National Museum of Beirut after an official event in a few weeks marking the return.

“This is a very important antiquity,” Haddad said in an interview. “Glass wasn’t known around the world and the Phoenicians invented it.… We are very appreciative of all the efforts that were done on the Canadian side.”

In April this year, Prime Minister Stephen Harper returned a 12th-century sculpture of a parrot lady to Indian Prime Minister Narendra Modi in a ceremony in the Library of Parliament, a repatriation also under the UNESCO convention. The sculpture, believed to have been stolen, turned up in Canada in 2011.