Death toll in IS Yemen mosque attack rises to 32 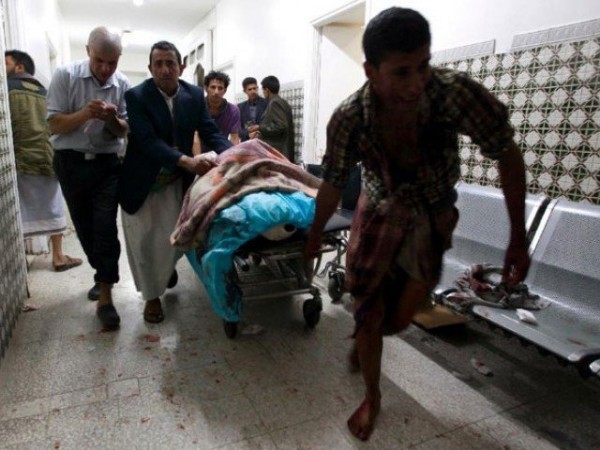 Yemenis transport a severely injured man on a gurney as he arrives at a hospital in Sanaa after being injured when two suicide bombers hit a Shiite mosque in quick succession, September 2, 2015 (AFP Photo/Mohammed Huwais)
Share:
Twin bombings claimed by the Islamic State group against a Shiite mosque in the Yemeni capital killed at least 32 people, medical sources said in an updated toll Thursday.

A further 92 people were wounded in Wednesday’s bombings, the latest in a string of attacks carried out by the Sunni extremist group against Shiite targets in Yemen since March.

A suicide bomber blew himself up inside the mosque in the Jarraf district of north Sanaa, and a car bomb was detonated outside minutes later.

The neighbourhood is home to many senior figures in the Houthi rebel movement which has controlled the capital since September last year.

The jihadists of IS consider Shiites to be heretics and have carried out similar attacks against their mosques in neighboring Saudi Arabia and Kuwait.