Unmasked for first time, Jihadi John threatens to return to UK to ‘cut off heads’ 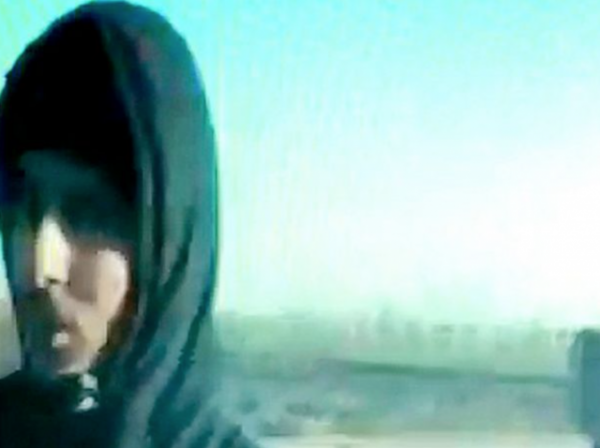 In a 1 minute and 17 second video, he is seen wearing a black hood with his face uncovered for the first time on camera, The Independent reported.

The terrorist has been in hiding since he was named as 27-year-old Londoner Mohammad Emwazi.

He is heard threatening to return to the UK with the leader of IS (“Khalifa”) to kill non-Muslims (“kuffar”).

Quoting a new footage released by The Daily Mail, The Independent said the video is believed to have been taken in south-east Syria two months ago.

The footage is believed to have been filmed two months ago, but it is the first footage to emerge of him since he was identified in February, Metro.co.uk reported.

The footage was captured in secret on a mobile phone by rebel fighters in the Free Syrian Army and a facial mapping expert said he believes the footage is of Emwazi, the paper said.

An audio clip which accompanied the video includes a man with a British accent saying: “I am Mohammed Emwazi. I will soon go back to Britain with the Khalifa… We will kill the kuffar… I will carry on cutting heads.”

Dressed entirely in black, a balaclava covering all but his eyes and the bridge of his nose, Jihadi John became a symbol of Islamic State militant group’s brutality and one of the world’s most wanted men.

In the past, the Kuwaiti-born computer programming graduate from London, used videos to threaten the West, admonish its Arab allies and taunt US President Barack Obama and British Prime Minister David Cameron before hostages cowering in orange jump suits.

Emwazi is believed to be responsible for the beheadings of at least seven Western hostages including Britons David Haines and Alan Henning.

Emwazi first appeared in an Islamic State video in August 2014, when he apparently killed the US journalist James Foley.

He was also seen in another video taking part in the execution of 17 Syrian soldiers.

In February , Cameron had vowed to use all means at his disposal to hunt down terrorists such as “Jihadi John”.