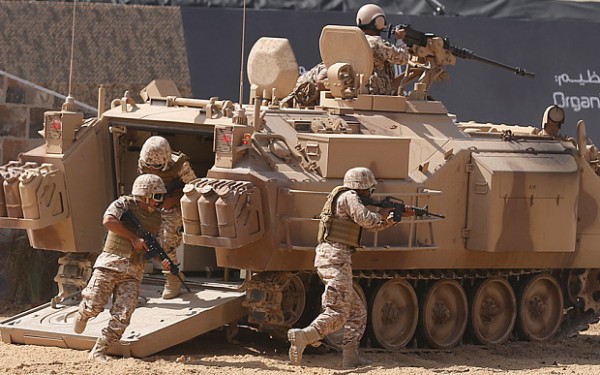 The British hostage held in Yemen was extracted by UAE forces in a military intelligence operation Photo: Getty Images
Share:
A 64-year-old British oil engineer has been freed by United Arab Emirates forces in Yemen, 18 months after he was kidnapped while working in the country, the UAE’s official news agency said.

Douglas Robert Semple was being held by al Qaeda in the southern Yemen port city of Aden, WAM reported Sunday.

He was freed in a military intelligence operation by UAE forces and flown to the Emirati capital of Abu Dhabi, where he was taken to the hospital to be checked over.

Semple was also able to speak with his wife by phone and and will leave for Britain once all the necessary medical checks are done, the news agency said.

The British Foreign Office confirmed that a British hostage had been released from Yemen after being rescued by UAE forces but did not give further details.

“The British national is safe and well, and is receiving support from British government officials,” Foreign Secretary Philip Hammond said in a news release. “We are very grateful for the assistance of the UAE.”

Semple was working as a petroleum engineer in Yemen’s eastern Hadramout area when he was kidnapped in February 2014, WAM said.

It’s the second release of a Western hostage announced in recent weeks.

French national Isabelle Prime, who was working for an international organization when she was kidnapped in February along with her Yemeni translator in the capital, Sanaa, was freed earlier this month.

The UAE is one of a number of nations that joined Saudi Arabia in carrying out military strikes in Yemen against Shia Houthi rebels, in an effort to restore the government of Yemeni President Abdu Rabu Mansour Hadi.
CNN