Russia pressuring exporters to convert their Dollars to Roubles 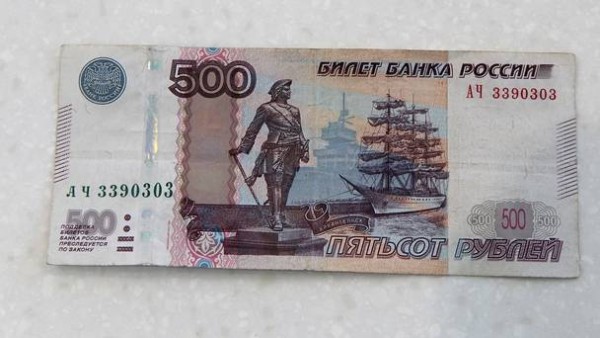 A 500-ruble banknote
Share:
The Russian government has resumed pressure on exporters to sell foreign currency in an effort to prevent global market turbulence from triggering another rouble sell-off.

In meetings and calls from August 19, Central Bank and cabinet officials instructed executives at state-owned and private companies on when and how much of their dollar revenues to convert to roubles, company officials said.

“There is monitoring on a daily basis now,” said a source at Alrosa, the diamond miner. An source close to Rosneft, the state oil company, said: “Forex sales are being conducted on direct orders from the government.”
Dmitry Medvedev, the prime minister, confirmed that the government is again leaning on exporters. During a visit to the disputed territory of the Kuril Islands on Saturday, he pledged that in the medium term the rouble would be “brought back” to the levels at which it had been trading before the latest rout.

The move mirrors measures Russia employed amid the dramatic fall of the rouble at the end of 2014.

In mid-December, when the currency briefly depreciated to 80 to the dollar, a group of Central Bank and senior cabinet officials monitored foreign exchange operations by large exporters on a daily basis, and the government ordered companies to ensure a “rhythmic and stable conversion” of their dollars into roubles to avoid causing additional volatility. This supervision, part of a package of measures that allowed Moscow to tackle the crisis without hard capital controls, was relaxed early this year after the rouble started stabilising.

However, analysts say the tool might have only a limited impact now as the Russian currency is caught in a much broader emerging markets sell-off.

As corporate tax payments are due by the end of September, stronger demand for local currency is expected over the coming week. But then, the trend is likely to reverse as Russian corporate borrowers face the largest redemption in foreign currency debt in several months.

“We expect more FX sales on the back of Rbs717bn in tax payments due next week. However, this will be unable to change the downward RUB trend,” Tom Levinson, chief forex strategist at Sberbank CIB, said in a note.

According to Central Bank statistics, Russian companies excluding banks are due to repay more than $12bn including interest.

The preliminary estimate from the official Rosstat agency marks a steep drop from the 2.2 percent contraction in the first quarter of 2015, and is worse than an earlier government forecast of 4.4 percent.

A sharp contraction had been widely expected, with Russian officials saying that the country’s economic crisis has reached its nadir.

But a new fall in crude oil prices has sparked a fresh drop in the rouble in recent months and thrown assertions that the country has shuffled off the worst of the crisis into doubt.

The drop in GDP is Russia’s sharpest quarterly contraction in six years as authorities struggle with one of the worst downturns in President Vladimir Putin’s 15 years in charge.

“We hope that 2Q of this year could mark the bottom of the current cycle, and (second half of 2015) numbers could look somewhat better,” Oleg Kouzmin, an economist at Renaissance Capital, said in a note.

Russia’s rouble lost around half of its value last year as oil prices plunged and Western sanctions bit but rebounded over the spring as energy prices stabilised.

A recent decline again in the price of oil to under $50 per barrel has, however, seen the Russian currency lose about 20 percent of its value since mid-May as it slipped back to its lowest level against the dollar since February.