Israel points finger at Iran over exchange of fire with Syria 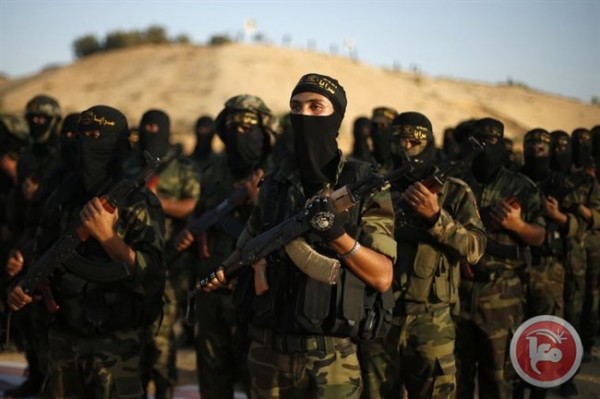 Fighting flared in Israel’s northern borderlands on Thursday evening as the Jewish state’s forces bombed and shelled targets inside Syria in response to four rockets fired from the Golan region.

The Israeli military blamed the rocket attack on a Palestinian militant group acting with direct support from Iran.

Four rockets were fired at 5.35pm on Thursday, the Israel Defence Forces said, two of which landed in Israel’s northern Galilee region and the others on the land it occupies on one side of the ceasefire line with Syria in the Golan. The rockets sparked a fire, but caused no injuries.

The IDF blamed the rocket launches on a militant group it described as Islamic Jihad. It said the launches represented “clear and intentional acts of aggression” rather than errant fire from across the Syrian border, and said it held Syria’s government responsible for them

Israel’s military identified by name Said Izadi, an Iranian national who heads the Palestinian division of Al-Quds forces — the special forces unit of Iran’s Revolutionary Guards — as having been in charge of the attacks.

A military official in Israel described Mr Izadi as the “man in charge of the whole weapons smuggling issue on Syrian territory in the name of Al-Quds forces”.

“For us this is a clear act of aggression and was meant by the Iranians to . . . escalate tensions in the region,” the military official said in a conference call with foreign reporters in Israel.

The IDF claims could not be independently confirmed.

Israel’s military said it used artillery and air power to strike 14 Syrian military posts and facilities in the Golan. There were Syrian media reports of casualties from the strikes, which could not be confirmed.

Quneitra, the area thought to have been hit, is under the control of government forces loyal to Bashar al-Assad, the besieged Syrian president fighting rebels with help from Iran and Hizbollah, the south Lebanon-based militant group.

Israel has avoided direct involvement in the four-year-old war against Mr Assad’s government, but has bombed government and Hizbollah targets repeatedly to avoid the transfer of weapons in the border region.

Palestinian Islamic Jihad, the militant faction active in the Gaza Strip and in Syria, on which the IDF originally blamed the rocket launches, firmly denied that it had attacked Israel. Dawoud Shibah, an Islamic Jihad spokesman, told the Palestinian Ma’an news service: “We categorically deny that Islamic Jihad took responsibility for the rockets fired into the Galilee.”

Later, the IDF described the group responsible for the rocket launches simply as “Islamic Jihad”, and said it was a different group.

Security analysts and pundits inside Israel have been watching Israel’s tense northern borderland warily for a possible military escalation because of the heated rhetoric being exchanged between Benjamin Netanyahu’s government, which is lobbying vociferously against the nuclear deal with Tehran, on one side, and Iran and Hizbollah on the other.

Israel has argued that the financial relief afforded Iran by the lifting of sanctions will allow Tehran to step up funding for regional proxies such as Hizbollah.

On Tuesday, Mr Netanyahu, accompanied by his defence minister, Moshe Ya’alon, visited the northern border region and vowed to strike anyone who threatened Israel.

“We are ready for any eventuality,” said the Israeli prime minister. “Those who try to attack us — we will hurt them.”

However, Israel’s military said on Thursday evening that it was not interested in an escalation in the north, or being pulled into Syria’s war.

“We hope that the other side understands that it’s not worth escalating the conflict,” said the military official. He said Israel had no plans to reinforce troops in the north at this point.

Fighting in the lands to Israel’s north last erupted in January, when Hizbollah attacked an Israeli military convoy in the disputed Shebaa Farms region bordering Lebanon. This came in retaliation for an Israeli attack in the Golan that killed six Hizbollah fighters and an Iranian Revolutionary Guard commander. The clash left three people dead.