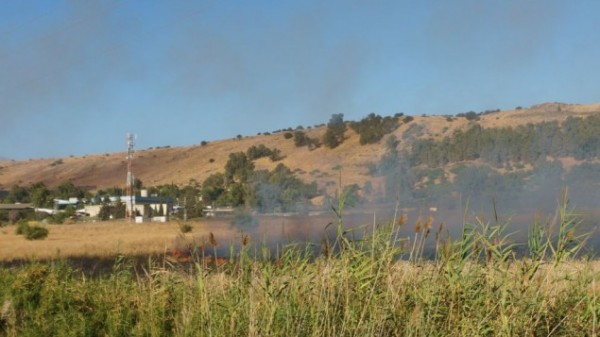 It followed more than a dozen Israeli raids on Syrian positions in the Golan Heights on Thursday, which killed at least one person, in response to cross-border rocket fire.