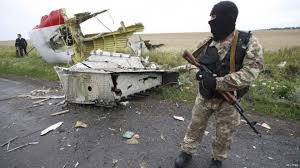 Investigators in the Netherlands say they have found fragments of a suspected Russian missile system at the site where flight MH17 crashed in Ukraine.

The Malaysia Airlines plane came down on land held by pro-Russian rebels in July last year. All 298 passengers were killed.

The Dutch prosecutors said the parts could come from a BUK surface-to-air system.

“The next step is to establish a fact….if this could be the missile system which downed MH17”, said Chief Investigator Red Westerbeke. “And if that is true we have important material in the investigation which can help us to find out where the missile came from, who did it belong to and where it was made.”

The investigators stressed that they do not know for certain if the parts belong to the missile that downed the plane.

Ukraine and some Western countries have accused pro-Russian rebels of shooting down the plane, but both Russia and the rebels deny any involvement.
EURO NEWS