Wallet lost during WW2 returned by an Austrian to a U.S. vet 70 years later 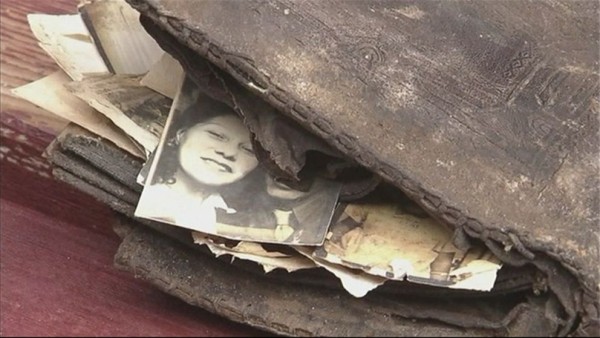 A 91-year-old U.S. army veteran now living near Fresno, California, recently got back a wallet he lost 70 years ago in Austria, where he and fellow soldiers helped rescue prisoners from concentration camps, according to his family and the VA Central California Health Care System.

The veteran, Eligio Ramos, completely forgot about the wallet until a fateful letter from an eye doctor in Salzburg, Austria arrived at his home on June 18, Ramos’ daughter Sylvia Gonzalez told ABC News today.

“I was having breakfast at home with my dad like our usual routine three days out of the week, and I was reading through the mail when I stumbled upon the letter,” Gonzalez, 72, said. “I said, ‘Dad! Look! Somebody found your wallet you lost in 1945 in Austria.”

Gonzalez explained she then handed over the letter to her brother, Rosando Ramos, who then worked with his son to get back the wallet from Dr. Josef Ruckhofer, who said in his letter that he stumbled upon the wallet while cleaning out his farmhouse. The farmhouse was apparently handed down to him by his grandfather.
Ruckhofer’s grandfather was the man who offered to let Ramos and the rest of his buddies in the 250th field artillery spend the night at his farmhouse as they were going village to village rescuing prisoners, VA public affairs specialist Carmichael Yepez told ABC News today.

Eligio Ramos left the wallet under a floorboard.

The wallet contains a “treasure-load” of family photos, including baby photos of relatives now in their 70s who showed up at a special reunion celebrating the lost-and-found at Fresno VA Hospital, Yepez said.

He added the wallet also had other information such as Eligio Ramos’ military ID and money order receipts for money he sent back home to his family in the ’40s.

“Everything in the wallet is of sentimental value,” vet’s son said at the reunion.”He had a ton of pictures in his wallet in case he didn’t make it back. He wanted to have his family with him in his heart.”

Now,the Ramos family plans on framing the photos, documents and the wallet itself as keepsakes for younger generations in the family to have.
ABC NEWS