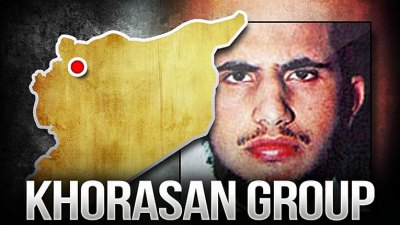 A longtime al Qaeda operative and key figure in the so-called Khorasan Group, Muhsin al-Fadhli, was killed in a U.S. air strike while traveling in a vehicle in northwestern Syria two weeks ago, the Pentagon said on Tuesday.

Al-Fadhli, who had previously been targeted and believed by some U.S. officials to have been killed, was traveling in a vehicle on July 8 near Sarmada, Syria, west of Aleppo, when he was hit by an air strike, the Pentagon said.

He “was a senior al Qaeda facilitator who was among the few trusted al Qaeda leaders that received advanced notification of the Sept. 11, 2001, attacks,” Navy Captain Jeff Davis, a Pentagon spokesman, said in a statement.

Al-Fadhli was involved in attacks in October 2002 against U.S. Marines on Faylaka Island in Kuwait and against the French ship MV Limburg, Davis said.

“He was the leader of a network of veteran al-Qaeda operatives, sometimes called the Khorasan group, who are plotting external attacks against the United States and our allies and partners,” Davis added.

Khorasan is a term for the area in Afghanistan and Pakistan where al Qaeda’s main council is thought to be hiding. The militants moved to Syria after the civil war erupted there and were believed to be aiding al Qaeda’s Syrian affiliate, the Nusra Front.

U.S. officials have described Khorasan as a particularly menacing faction of militants who have been using their sanctuary in Syria to try to organize plots to attack U.S. and other Western targets, possibly including airliners.

Al-Fadhli, who was born in Kuwait, was targeted in a U.S. air strike on Sept. 23, 2014. The SITE monitoring service, a U.S.-based organization that tracks militant groups online, reported later that month that a jihadist had tweeted condolences over his death.

A U.S. official speaking on condition of anonymity said later that al-Fadhli was believed to have been killed, but the Pentagon and White House said they were not able to confirm that.

“We want to make sure that he’s not trying to, in effect, fake his death and go underground,” the then-White House deputy national security adviser, Tony Blinken, told Fox News at the time.