Indian, Pakistani troops exchange gunfire, instead of sweets on Eid 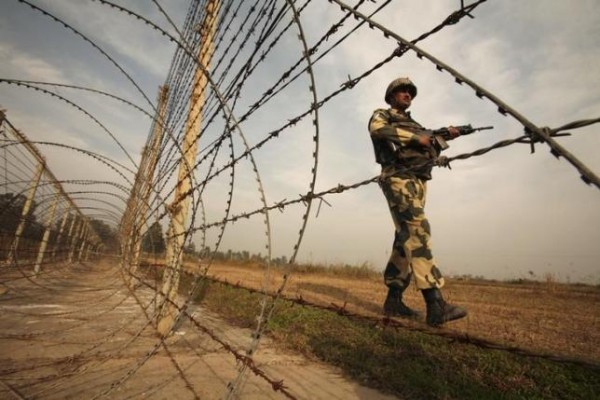 Indian and Pakistani forces traded fire across their disputed frontier over the weekend, when Muslims celebrated the festival of Eid al-Fitr, injuring several civilians and raising tension despite a recent agreement aimed at improving ties.

Indian Prime Minister Narendra Modi met his Pakistani counterpart, Nawaz Sharif, at a summit in Russia this month and they agreed that their top security officials would hold talks.

The nuclear-armed neighbors also agreed to expedite the trial of people charged in connection with a 2008 attack on the Indian city of Mumbai, which India blamed on Pakistani-based militants. Modi also accepted an invitation from Sharif to visit Pakistan.

But clashes on their disputed northern frontier in recent days have raised doubts about any real thaw.

Eid al-Fitr, marking the end of the fasting month of Ramadan, has in the past been an occasion for gestures of

reconciliation between the two sides, such as an exchange of festive sweets, in the Muslim-majority region of Kashmir.

But not this year.

“The Pakistan army started shelling and firing on forward villages in Poonch sector when the people were busy celebrating Eid … targeting army posts and civilian areas, creating panic among the civil population,” said Indian defense spokesman Lieutenant Colonel Manish Mehta, referring to an area in the south of Kashmir.

Five civilians on the Indian side were injured and several houses damaged, officials said.

“Pakistan lodges protest at the provocative act,” the Pakistani government said in a statement, adding that the violence contradicted the “spirit of the understanding” the two prime ministers reached at their recent talks in Russia.

Majority-Hindu India and Muslim Pakistan have fought three wars since becoming separate nations in 1947, two of them over Kashmir, which they both claim in full but rule in part.