ANALYSIS: Can the Iran deal be a new Camp David? 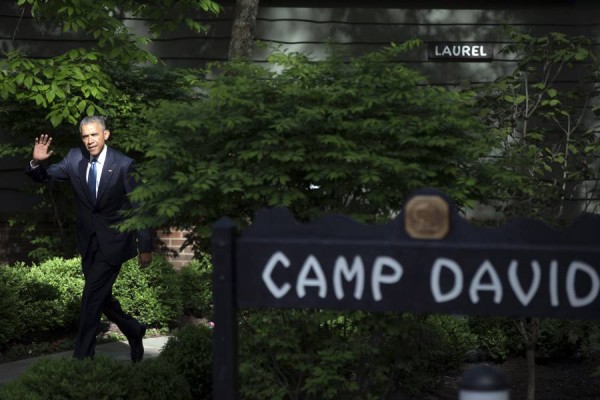 The Joint Comprehensive Plan of Action (JCPOA) agreement over Iran’s nuclear program announced on Tuesday is a genuinely historic accomplishment. While experts will closely parse the terms of the agreement in the coming days, early reports suggest that it is a well-crafted piece of diplomacy which meets the core needs of all sides and provides creative solutions to complex problems. Tuesday’s Iran deal is the most significant American diplomatic achievement in the Middle East since the Camp David accords, which secured an enduring peace between Egypt and Israel. The Obama administration will justifiably present the deal as delivering on its highest Middle East priority.

The successful conclusion of the difficult bargaining phase is only the beginning, of course. As with most international negotiations, the deal now sets the stage for an intensive, multi-level political battle over ratification and implementation. The deal will need to survive the ratification phase within the American and Iranian domestic political realms, and it will need to be processed within the U.S.-led Middle East regional order and survive the vocal objection of American allies, such as Israel and Saudi Arabia. It will have to be implemented effectively and fairly, delivering a level of nuclear transparency and sanctions relief acceptable to the key players.

Total failure is of course still possible, given the wide range of potential spoilers and the complexity of the deal. It is easy to envision the positive relationship rapidly going sour over accusations of cheating, hostile rhetoric, military escalations in other theaters or political setbacks. But should the deal hold, what seems more likely to be at stake in the coming politics is thedegree of transformation in regional order: Will the deal be the starting point for a fundamental regional realignment, or will it remain limited to the narrow nuclear realm?

The length of the negotiating process has tried everyone’s patience, but it has had the virtue of clarifying most of the relevant issues in the American and Iranian domestic political arenas. As bargaining theory would anticipate, the public nature of these long negotiations and the democratic and institutional barriers which needed to be overcome made securing a deal more difficult but likely made the final agreement more robust. Most of the arguments for and against the deal have by now been fully vetted in heated public arguments, and few mysteries remain about the positions of key players in the debate to come. The experience of compliance with the April Lausanne framework has been reassuring, even if critics on both sides will still be poised to leap on any evidence of failures to meet commitments.

The American politics of the deal have been exhaustively analyzed and seem fairly clear. The next two months will likely be consumed by President Obama’s effort to keep 13 Democratic senators from voting to override his veto of a Congressional resolution undermining the deal. While Congress will likely fail to kill the deal, the long debate will provide a platform for Republican presidential candidates to posture against it and to score points against each other and against Democratic candidate Hillary Clinton. The 2016 presidential election will then be a key testing moment, but – as with the Affordable Care Act, also known as Obamacare – if the deal has proved beneficial and popular, then even the Republican candidate who promised to abolish it on his first day in office will probably find reasons to keep it alive.

The deal has also been fairly thoroughly vetted in the Iranian political system. While there seems to be broad and deep enthusiasm for the agreement in Iran, this support is likely based on inflated expectations for rapid economic improvements and relief from sanctions. But even if such changes do rapidly manifest, which is far from certain, the sanctions play a complex role in Iran’s political economy, as Kevan Harris has demonstrated, and not all will benefit from the changes. As Mohammad Ayatollahi Tabaar and Shervin Malekzadehhave documented, the debates inside of Iran about the deal have not broken down along traditional lines of moderates and hard-liners, and it is far too simplistic to assume that the Supreme Leader’s voice is alone decisive. For more on the Iranian political arena, see the essays collected in this April’s Project on Middle East Political Science symposium.

Only then, if the deal passes these challenges, will the core question of the degree of real transformational change come into focus. Thoughtful critics, such as Michael Doran, have long argued that Obama’s real goal in the nuclear talks is regional realignment. That fear is widely shared not only by Israel but by leaders in the Gulf, who worry about being abandoned by Washington as its relationship with Tehran improves.

While these fears may be real, they are better understood as bargaining positions within well-institutionalized alliances. Publicly expressing fears of abandonment and floating signs of searching for alternatives are ways for Gulf states to compel Washington to offer concessions. This has worked, as the United States has made significant efforts to “reassure” Gulf leaders on side issues ranging from the war in Yemen to arms sales in order to keep them on board for the higher priority Iran deal.

In the short term, the Iran deal could well lead to more rather than less confrontation across the region, as leaders on all sides seek to prove to their domestic and regional constituencies that they have not capitulated. Both the Iranians and the United States may well seek to escalate in Syria or Yemen in order to prove that they remain committed to regional allies and interests.

Over the longer term, though, the United States and Iran could very well begin to build common interests in cooperation on strategic issues beyond the nuclear realm. Iraq is one obvious arena in which interests converge around supporting the government of Prime Minister Haider al-Abadi and fighting the Islamic State. After the posturing ends and each side’s escalation has been matched, Iran might finally be willing to negotiate seriously over an endgame for Syria.

The most relevant comparative experience ironically, is the Camp Davidagreement between Egypt and Israel. Those long, tortuous negotiations produced a robust agreement that met the vital interests of both sides – and endured potent political challenges in the American, Israeli and Egyptian arenas. The terms of the deal were implemented, over considerable political opposition, and it survived the election of President Ronald Reagan, the assassination of Egyptian President Anwar Sadat, and the political defeat of Israeli Prime Minister Menachem Begin.

Yet, Camp David failed to change Arab public attitudes toward Israel, in large part because of its failure to deliver on the Palestinian issue which had every bit the emotional and strategic potency of today’s regional war over Syria. It did not restrain Israel from invading Lebanon in 1982. The Egyptian-Israel peace remained “cold,” but the agreement held and over time evolved into a close if publicly unacknowledged strategic relationship. Meanwhile, the United States figured out how to manage an alliance structure that included both Israel and Egypt along with the ostensibly anti-Israeli states of the Gulf.

Camp David therefore offers a hopeful, if limited, model for how the Iran deal could transform the region. The deal might not transform public attitudes, fully check the proxy wars that have done so much damage across the region or create fundamentally new regional alignments. However none of those are necessary for there to be genuinely significant regional change, if the United States can navigate the incorporation of Iran into a regional order that balances relationships with mutually hostile partners, just as it did for decades following Camp David.