US fears Iran deal could give Tehran billions for terror 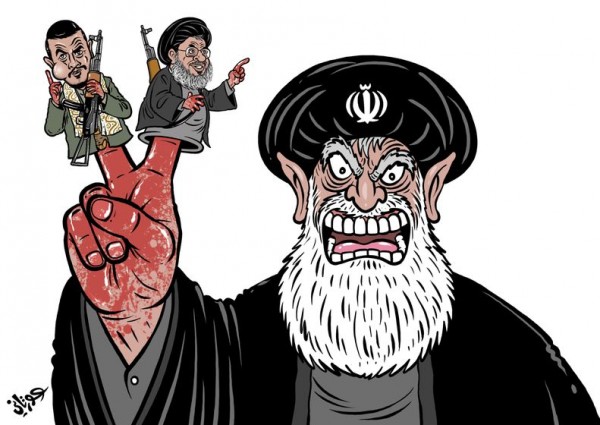 IRAN ,Houthis, Hezbollah cartoon by Jehad Awrtani. White House spokesman Josh Earnest said during Wednesday’s press briefing it is possible the $400 million that the Obama administration airlifted to Iran could have been spent on funding terrorism. Iran supports Hezbollah , the Assad regime and the Houthi rebels in Yemen
Share:

A nuclear agreement with Iran could give Tehran a $100 billion financial windfall—a sum that even the Obama administration is concerned could be used to finance terrorism against American interests.

Iran currently has billions in assets frozen by an international sanctions regime led by the United States and other world powers. Should a nuclear agreement be reached, as is expected later this week, these assets would be eventually released to the Iranian government.

“We are of course aware and concerned that, despite the massive domestic spending needs facing Iran, some of the resulting sanctions relief could be used by Iran to fund destabilizing actions,” a State Department official told The Daily Beast.

Ahead of a widely-expected deal with Iran this week, the administration is talking tough: the State Department official said that “the U.S. sees Iran clearly for what it is: the world’s foremost state sponsor of terrorism; a supporter of terrorist groups such as Hezbollah and Hamas; a backer of the Assad regime’s brutality in Syria; and a force for instability in Yemen.”

Following a meeting with Gulf state representatives in mid-May, President Obama himself said he shared their concerns “even if we deal effectively with the nuclear issue that we will still have a problem with some of Iran’s destabilizing activities.”

Critics of the nuclear deal and the Obama administration don’t agree on much, but there is joint and deeply-held fear on both sides of the aisle that the billions of dollars in freed assets could be used to sponsor acts of terrorism.

“The White House says that Iran annually spends $30 billion on its military. So if under a final deal, as reports are indicating, the Iranian regime gets as much as $150 billion back [in] sanctions relief payments, even more money will be freed up for Iran to export aggression and support terrorists targeting the United States, Israel and other allies,” Republican Sen. Mark Kirk told The Daily Beast.

An aide for Democratic Sen. Bob Menendez, a leading critic of the administration on the Iran deal, said that the senator expects that the Iranian government “will use a significant percentage of this payout to foment instability and violent extremism across the Middle East… regardless of whether there is a nuclear deal, and we must take steps urgently to formulate a strategy that pushes back and counters Iranian terrorism.” 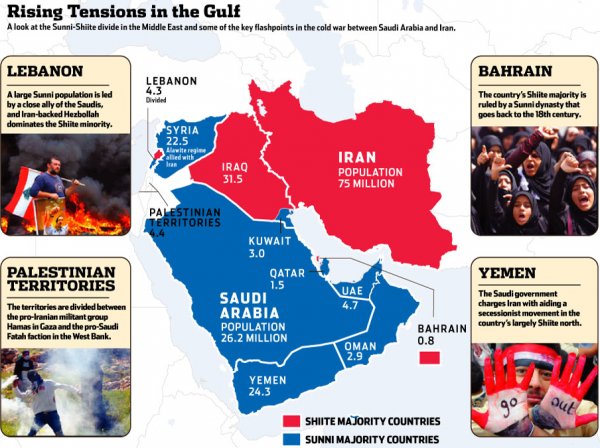 But supporters of the bill say that the idea of Iran spending massive sums on terrorism is an unlikely one.

“Critics have the luxury of dreaming up fantasy scenarios then defying others to disprove them… The idea that an agreement will result in $100 billion terrorist fund is without factual foundation,” said Joseph Cirincione, the head of the Ploughshares Fund, a WMDs nonproliferation organization.

Within the Obama administration, there is hope that the nuclear agreement itself will prove to be an opening for further points of discussion on other issues, and that in the meantime Iran will spend much of its newly-restored billions on non-violent domestic priorities.

“When one deals with adversaries, [when] we’re trying to reduce the risk that all of us face, whether from nuclear weapons or acts of terrorism, you will have to make agreements about certain things with countries with whom you do not agree,” said Amb. Stephen Rapp, the State Department’s Ambassador-at-Large for War Crimes Issues. “One can hope that if we reach an agreement in one area that’s in our interest, and in theirs, then that may [open] up the possibilities for other areas of engagement.”

“The U.S. sees Iran clearly for what it is: the world’s foremost state sponsor of terrorism; a backer of the Assad regime’s brutality in Syria; and a force for instability in Yemen.”
Administration officials have spent time mapping out exactly where those domestic shortfalls might be. There are “massive domestic spending needs facing Iran,” a State Department official said.

“It’s also important to note that Iran’s ability to support terrorism relies less on monetary funds, and more on political power and other forms of influence since terrorism and Iran’s other malign regional activities are, unfortunately, not expensive,” the State Department official said. “Despite Iran’s economic problems, it has always managed to fund its military and strategic priorities in the region.”

While Iran has its domestic funding needs, Iran’s allies in the Middle East have needs as well. In April, President Obama estimated that Iran’s defense budget was approximately $30 billion.

“Even if they spent 60%, 70% on the money from the deal on hospitals and roads, it’s still going to have an enormous impact on what Iran is able to do in Iraq and Syria and Yemen,” said Matthew McInnis, a fellow at the American Enterprise Institute and a former senior analyst at the Department of Defense.

The militant group Hezbollah has had to cut salaries and defer payments to its suppliers as a result of financial restraints in Iran, reports the Christian Science Monitor. Sponsored by the Iranian government, which has been hit by falling global oil prices and international sanctions, Hezbollah could be in a position to take advantage of billions of dollars in newly-freed Iranian assets.
“If Iran gets back this money, what will it do with it?” Hezbollah chief Hassan Nasrallah asked earlier this year, according to a translation in the Weekly Standard. “A rich and strong Iran… will be able to stand by its allies and friends, and the peoples of the region, especially the resistance in Palestine, more than in any time in the past.”

The Assad regime in Syria has also suffered serious setbacks in recent months, and would also be in a position to ask for additional resources.

“It was surprising how much financial resources Iran dedicated to Syria while it was under a choking sanctions framework. With a relaxation of this framework, Iran will only increase its support of the Assad regime and Shia militias, including Hezbollah, that are slaughtering the Syrian people every day,” said Mouaz Moustafa of United for a Free Syria and the Syrian Emergency Task Force.

On the other hand, supporters of the Iran deal say, there is no alternative to relaxing sanctions if there is to be a nuclear deal of some kind.

“The sanctions were put in place to compel Iran to curtail its nuclear program. If Iran complies, the sanctions will be relaxed. What is the alternative of those critics who claim there is a better deal? Never lift the sanctions? Never give Iran access to its frozen funds? Then there will never be a deal,” said Cirincione.

Exactly how much in sanctions relief Iran will receive, and over what time frame, is a matter that is still being negotiated. But foreign policy hawks opposing the deal say that Iran will get a significant portion upfront in the eight-figure range, as a so-called “signing bonus.”

“To quote President Obama himself, this deal could allow Iran to become ‘a very successful regional power.’ But this sends a shudder through an already turbulent region. A bad deal will award Iran with tens of billions of dollars as a signing bonus and enhance their strategy of sponsoring terrorism and sowing unrest throughout the Middle East,” Republican Sen. Tom Cotton said in a statement to The Daily Beast.

One thing is clear: the money is unlikely to be repatriated back to Iran. Administration officials and critics alike predict that Iran will keep much of its assets overseas, since a sudden influx of funds into the country could drive up the cost of the Iranian currency, making it more expensive for foreign buyers to purchase Iranian goods and services.

“It’s already in foreign accounts, so it’s not part of the normal budgeting process. It’s just ready cash… so you can start distributing it abroad very easily,” said said Hudson Institute Senior Fellow Michael Doran. “It would be very easy for them not to repatriate it.”

But will that money be used for overseas meddling and violence, or to facilitate foreign trade? The answer will color a large part of the Iranian nuclear deal’s legacy—and the president’s own, as well.