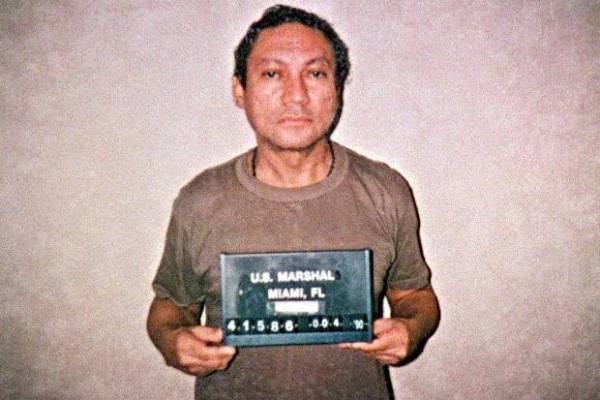 Former dictator Manuel Noriega broke a long silence to ask his compatriots on Wednesday to forgive actions by his military regime that culminated in the 1989 U.S. invasion.

Noriega began the brief jailhouse interview with local network Telemetro reading a handwritten statement in which he said his apology came after days of reflection with his family and members of the church.

He said he wasn’t motivated by any personal interest but a sincere desire to bring closure to the military era, a dark chapter in Panama’s history that left the country in ruin and hundreds dead.

“Before the altar of my conscience I’ve come to express myself in the spirit of forgiveness,” Noriega said, his hand shaking but otherwise appearing in good health for his 81 years.

The onetime CIA informant hadn’t spoken to a journalist since a 1996 interview with CNN’s Larry King from a Miami federal prison, where following his capture by American troops he was sent for being a major conduit for Colombian cocaine traffickers.

After completing his sentence in the U.S., Noriega was extradited to France to serve time for money laundering. He returned to Panama in 2011 to complete a 60-year sentence for murder, corruption and embezzlement during the military’s three-decade rule.

Referring to himself as the “last general of the military era,” Noriega apologized to those “offended, affected, injured or humiliated” by his own actions or those of his superiors and subordinates during the regime that he began serving as a low-ranking officer in the 1960s.

He didn’t comment on any specific abuses and refused to take the bait when pressed about whether his act of contrition involved clarifying the still murky circumstances that led to the disappearance and murder of two prominent opponents.

Saying he was “totally at peace” with himself, Noriega said he didn’t want to distract from the “solemnity” of his statement.

Reaction among Panamanians was mixed.

Many on social media saw the apology as a surprising capitulation from the famously stubborn strongman, who lost his apparent interest and power to influence Panamanian politics years ago.

But others judged it as a sly move to pave the way for a presidential pardon or for him to finish his sentence under house arrest, something his lawyers have been seeking on medical grounds for years. Indeed, he prefaced his written statement with a brief protest against what he said were excessively long sentences imposed by Panamanian courts in absentia.

“The problem with Noriega is you can never distinguish between what’s true or not,” said R.M. Koster, an American novelist and biographer of Noriega who has lived in Panama for decades.