A Castro son rises in Cuba 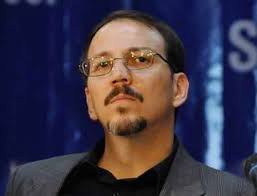 Cuban President Raul Castro’s son has emerged as one of his father’s closest aides, taking on an increasingly important role reminiscent of the one Raul used to play for his older brother Fidel Castro.

Alejandro Castro Espin, 49, is a colonel in Cuba’s interior ministry and was until recently a little-seen figure. As his father has moved to improve relations with the United States after decades of hostility, however, his son has been right by his side.

When Raul Castro, 84, met with U.S. President Barack Obama in a historic encounter at a regional summit in Panama in April, Alejandro Castro Espin was part of the small group in the room. It was unknown what role the son may have played in the 18 months of secret negotiations leading up to the announcement of detente by both presidents last December.

“Clearly Raul is grooming him for more responsibilities, probably higher office and/or rank,” said Brian Latell, a former CIA analyst who has closely followed the Castros for decades.

Still, it seems extremely unlikely that Castro Espin is being prepared to take over for his father. Cuba experts see no sign the Castro brothers plan to hand power to any of their children.

“Raul is determined, as his elder brother is, that this isn’t going to look like a monarchy,” said Hal Klepak, a Canadian historian living in Havana who has written two books on Cuba’s military.

The heir apparent is First Vice-President Miguel Diaz-Canel, 55, and Castro Espin flatly ruled out the idea of succeeding his father in an interview with Mega TV of Greece earlier this year.

His sudden high profile began on Dec. 17, the day his father and Obama announced plans to restore diplomatic ties. Under a prisoner swap that was part of the deal, three Cuban spies returned home as national heroes and there was Castro Espin, in uniform, saluting them at the bottom of the airplane steps.

When Raul Castro met Pope Francis at the Vatican on May 10, his son stood with them in a business suit.

Raul Castro had a similar role as confident and adviser to older brother Fidel, 88, the leader of the 1959 revolution who resigned as president in 2008.

“What comes to mind is the way Fidel used Raul all through the years,” Latell said. “Raul has raised his son to be at his side, his eyes and ears, especially in the Interior Ministry, reporting to his father. The son is totally trustworthy.”

Raul Castro employs another close relative in a position requiring absolute trust. His grandson and Alejandro’s nephew, Raul Rodriguez Castro, is a bodyguard.

Castro Espin is a member of a commission on defense and national security that advises his father. As a colonel in line for promotion to one-star general, he would rank high in the interior ministry, which is in charge of internal security and was practically absorbed into the armed forces 25 years ago.

The government did not respond to requests to interview him or provide biographical or professional details.

His future beyond 2018, when Raul Castro is due to step down as president, remains unknown, although Klepak said the military brass likes and trusts Castro Espin.

Castro Espin lost all or part of the vision in one eye in a training exercise in Angola, where Cuba sent forces from 1975 to 1991 to defend a Marxist government against South African and U.S.-backed insurgents.

“He had a very good career as a junior officer, and not just in Angola. This is an officer who would have been watched for rapid promotion under any circumstances,” Klepak said. Then he added: “It doesn’t hurt to have those surnames.”

His mother, Vilma Espin, who died in 2007, was a prominent figure in Cuba who led the Federation of Cuban Women.

For years the most visible of Raul and Vilma’s four children has been Mariela Castro, an advocate for gay and transgender rights and a member of the National Assembly, but she does not appear to have the same access as her brother on matters of state.

Sister Deborah, a chemical engineer, married Luis Alberto Rodriguez Lopez-Callejas, a general who heads the armed forces’ enterprises, which generate between 30 percent and 40 percent of Cuba’s hard currency earnings. The fourth sibling, Nilsa, does not have a public profile.

Alejandro Castro Espin wrote a 2009 book called “The Price of Power” which portrays the United States as an imperial power bent on hegemony in order to serve corporate interests.

Reissued this year, the new edition added an author’s note that refers to his father’s rapprochement with the United States but still describes U.S. leaders as “those who seek to subjugate humanity to satisfy their interests and hegemonic goals.”

One of his former professors said he believed Castro’s thinking was “more sophisticated” than that.

“Maybe he published that in his book because he believed it to be politically correct,” said Carlos Alzugaray, a retired Cuban diplomat who taught Castro Espin in a master’s course on U.S. and Cuban foreign policy.

“He is open to contrary ideas … He’s not a person who doesn’t listen.”