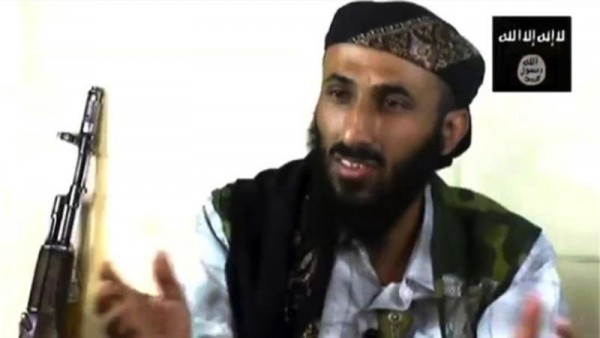 A U.S. airstrike has killed Al-Qaida’s No. 2 leader, who commanded its powerful Yemeni affiliate, dealing the global network its biggest blow since the killing of Osama bin Laden and eliminating a charismatic leader at a time when it is vying with the Islamic State group for the mantle of global jihad.

In a video statement dated June 14 and released Tuesday by the Yemeni affiliate, a senior operative announced the death of Nasir al-Wahishi, a veteran jihadi who once served as bin Laden’s aide-de-camp, and said his deputy, Qassim al-Raimi, has been tapped to replace him.

“Our Muslim nation, a hero of your heroes and a master of your masters left to God, steadfast,” Khaled Batrafi said in the video, vowing that the group’s war on America would continue.

“In the name of God, the blood of these pioneers makes us more determined to sacrifice,” he said. “Let the enemies know that the battle is not with an individual… the battle led by crusaders and their agents is colliding with a billion-member nation.”

Al-Qaida’s Yemen affiliate has long been seen as its most lethal, and has been linked to a number of foiled or botched attacks on the U.S. homeland. The group claimed responsibility for January’s attack on the French satirical magazine Charlie Hebdo that killed 12 people.

In addition to leading the Yemeni affiliate, known as al-Qaida in the Arabian Peninsula, al-Wahishi also served as deputy to Ayman al-Zawahri, al-Qaida’s top leader, who succeeded bin Laden in 2011.

Al-Wahishi’s death is a major loss for al-Qaida as it struggles to compete with the Islamic State, a breakaway group that has seized vast swaths of Syria and Iraq and spawned its own affiliates elsewhere in the region.

Both groups are dedicated to bringing about Islamic rule by force, but al-Qaida does not recognize the IS group’s self-styled caliphate and has maintained that the priority should be to wage jihad against America in order to drive it out of the Middle East.

Batrafi vowed to make the United States “taste the bitter flavor of war and defeat until you stop supporting the Jews, the occupiers of Palestine, until you leave the lands of the Muslims and stop supporting apostate tyrants.”

Al-Raimi, the new leader of AQAP, is thought to have masterminded a 2010 plot in which bombs concealed in printers were shipped to the U.S. on cargo planes before being detected and defused.

Yemen’s government has mistakenly announced al-Raimi’s death three times since 2007. He is believed to direct training camps in Yemen’s remote deserts and mountains, where he organizes cells and plans attacks.

AQAP’s master bomb-maker, Ibrahim Hassan al-Asiri, is also believed to still be alive. He is thought to have designed the bombs used in the cargo planes plot and in a failed attempt to blow up a U.S.-bound passenger plane in December 2009 by a man who had explosives concealed in his underwear.

Al-Asiri is also believed to have dispatched a suicide bomber in 2009 to assassinate Prince Mohammed bin Nayef, then head of Saudi Arabia’s counterterrorism agency. The attack failed, and Mohammed bin Nayef is now the crown prince.

Al-Wahishi had fought alongside bin Laden at Tora Bora in Afghanistan in late 2001 before the al-Qaida leader slipped across the border into Pakistan. Al-Wahishi fled to Iran, where he was detained and deported to Yemen in 2003.

He was among 23 al-Qaida militants who broke out of a detention facility in Yemen’s capital, Sanaa, in February 2006. Three years later, al-Wahishi announced the creation of AQAP, which gathered together Yemeni and Saudi militants following a sweeping crackdown on the extremist group by Riyadh.

AQAP has been able to expand its reach in recent months as Yemen has slid into chaos. Shiite rebels known as Houthis captured Sanaa last year and are battling southern separatists, Islamic militants, and local and tribal militias across the country. Yemen’s military, once a close U.S. ally against al-Qaida, has split between opponents and supporters of the rebels, and a Saudi-led coalition has been bombing the Houthis and their allies since March.

In April, AQAP took advantage of the chaos to seize Mukalla and freed several prisoners, including Batrafi. It then struck a power-sharing deal with local tribesmen.

But despite such gains, it is engaged in battles with the Houthis and allied forces on at least 11 fronts, Batrafi said.

And Mukalla has proved something of a death trap, with U.S. strikes killing al-Wahishi, two senior militants and scores of fighters there since the city fell in April.