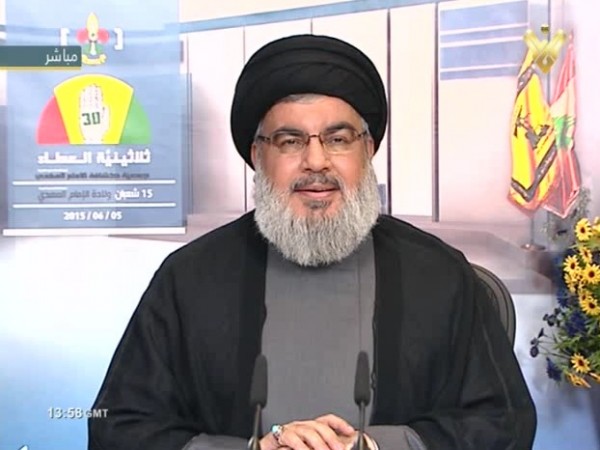 The leader of Lebanon’s Iranian backed Hezbollah militant group says “millions” of Israelis will be displaced in case of a new conflict between the Shiite group and the Jewish state.

Friday’s remarks by Hassan Nasrallah, during a rally in southern Beirut, were in response to a comment from Israel that a future war could displace more than a million Lebanese.

Jerusalem Post on Thursday quoted an unnamed Israeli military official as saying that if given no choice, Israel would “evacuate over a million residents in Lebanon, and act.”

Nasrallah says Hezbollah “will displace millions of Israelis if a war is imposed on Lebanon.”

“Israel used to fight its wars on our soil, but in the July war and the Gaza wars the war moved to the enemy’s territory, which forced it to do domestic front drills,” Nasrallah noted.

“We do not fear your war or threats, and nothing has changed if you believe that we are preoccupied with Syria,” he added.

Israel and Hezbollah fought a monthlong war in July 2006 that killed 1,200 Lebanese, including hundreds of civilians, and 160 Israelis and caused heavy damage to Lebanon’s infrastructure.

“We do not intend to form brigades or popular mobilization forces,” he stressed.

“At this stage, we need popular solidarity and support and we don’t need fighters to achieve our objectives. At this moment, there is no need for ‘popular mobilization forces’ or a general popular mobilization,” Nasrallah clarified.

He noted that “the men of the resistance who are fighting in the mountains” are “the sons of these tribes, families and villages.”

Sectarian tensions surged in northern Bekaa in recent days after a number of Baalbek and Hermel tribes announced the formation of what they called al-Qalaa Brigade and said they stood ready to intervene militarily in Arsal’s outskirts if Hezbollah gives them the green light.

“We do not fear your war or threats, and nothing has changed if you believe that we are preoccupied with Syria,” he added.