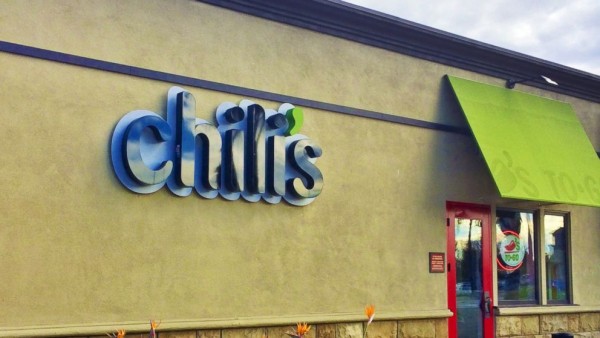 A New York man who suspected that a Chili’s restaurant waiter had spit into his drink got the law involved and investigators were able to determine who spit into the drink using DNA analysis, according to court documents.

The incident took place last July, when Ken Yerdon and his wife, Julie Aluzzo Yerdon, went to dinner at a Chili’s restaurant on Route 31 in Clay, New York, according to court documents from a lawsuit filed Tuesday. The couple complained to their server, Gregory Lamica, then 24, that their food was under-cooked and that they hadn’t been served chips, Yerdon said.

“They were polite to the server, and even left a tip,” Robert Lahm, a lawyer representing the Yerdons in the case, told ABC News today.

“We weren’t rude or anything,” Ken Yerdon told ABC News. “It was a busy night but we didn’t expect for our food to get spit in,” he said.
Before leaving, the couple asked for to-go drinks and as they drove off, the styrofoam cup’s lid popped off, revealing a nasty surprise, Yerdon said.

“The lid popped off and I looked in and there was some spit in the cup,” Yerdon said, noting “it was really bad.”

Yerdon dropped off his wife and 12-year-old son before driving back to the restaurant, where managers apologized and gave Yerdon a refund and some coupons but did not admit Lamica was responsible for the incident, Lahm said.

Yerdon said he then ran into a sobbing Lamica in the parking lot, where he asked him why he’d spit in his cup. According to Yerdon, Lamica denied that he had spit in the cup, prompting Yerdon to say “you wouldn’t be crying if you hadn’t spit in my cup.”

Lamica told Yerdon he didn’t want to lose his job, Yerdon recalled, to which Yerdon replied “you should have thought of that before you spit in my cup.”

“It’s a backstory that everybody thinks about, what the servers do and what’s happening in the kitchen,” Lahm said. “It’s disgusting to think about it.”

Since Ken Yerdon took two sips of the drink before he saw the spit, he said he decided to get tested for HIV and hepatitis, and in both cases he subsequently tested negative. HIV cannot be contracted through saliva, according to the Centers for Disease Control and Prevention.

Several days after the Yerdons called the state police, investigators showed up at Lamica’s door where he denied spitting in Yerdon’s drink but agreed to have his mouth swabbed for DNA, according to state police. Meanwhile, Lamica had not been fired and he continued to work at the Chili’s until last October when he left on his own volition, according to court papers.

Three months after the incident, DNA analysis concluded the spit in the Yerdon’s cup matched Lamica’s, who was brought into a police station where he confessed to the crime and was charged with disorderly conduct, according to state police. Lamica pleaded guilty in February and was sentenced to a one-year conditional discharge and a $125 surcharge, according to Clay Town Court.

The Yerdons filed a lawsuit Tuesday against Lamica, Chili’s parent company and the owner of the Chili’s for negligence and retention of an incompetent employee. The lawsuit did not specify the damages being sought.

Lamica could not be reached for comment by ABC News.

“Due to company policy and a pending lawsuit, we are waiting to review the case before commenting,” a manager at the Chili’s in Liverpool, New York, told ABC News today.

Brinker International, Chili’s parent company in Dallas, Texas, named as a co-defendant in the lawsuit, did not immediately respond to a request for comment from ABC News.

“We won’t be going back to Chili’s,” Yerdon said.
ABC/AP