Lebanon receives another shipment of US arms 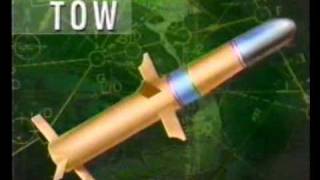 The Lebanese Army has received another shipment of arms from the U.S. government that included several BGM-71C TOW II anti-tank missiles and their launch pads , the military announced in a statement on Monday

The missiles received are the improved version which are renown for its effectiveness. They have a range of 3.75 kilometers

The U.S. government has been supplying weapons to Lebanon on regular basis, but not all shipments have been announced.

The weapons delivery comes as the Lebanese Army is assessing the possibility of liberating the outskirts of the northeastern town of Arsal from Islamist militants.

The U.S. has donated more than $1 billion in aid to the Lebanese Army over the last decade, but most previous donations had been non-lethal equipment, including armored personnel carriers, light aircraft and communication systems.

In February, a U.S. weapons shipment included over 70 M198 Howitzers as well as 26 million rounds of ammunition including small, medium and heavy artillery rounds.

In January, the U.S. delivered dozens of armored Humvees.