The most staggering part of FIFA’s $150 million bribery scandal 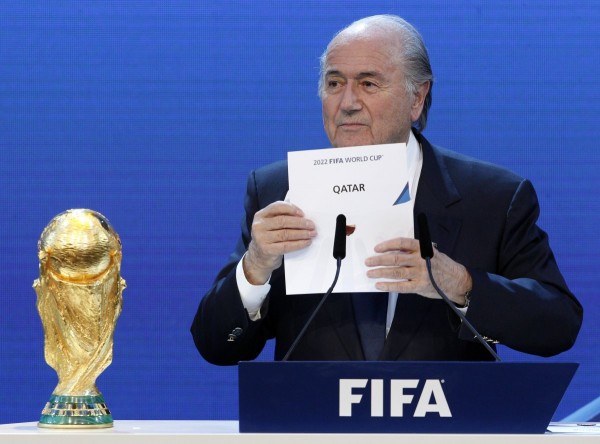 Qatar 2022 has faced multiple corruption allegations.
Share:
The US Department of Justice’s corruption charges against nine FIFA officials and five corporate executives is one of the most meaningful steps ever taken to clean up soccer’s international governing body.

The most staggering part of the arrests isn’t that there is some sort of single, shocking allegation here that will topple FIFA.

It’s that these allegations, as broad and all-encompassing as they seem, are related only to a corner of the larger soccer universe.

The scope of the investigation is important. The bribery and corruption charges, which the DOJ says involved more than $150 million over 21 years, are almost exclusively related to tournaments in North America (organized by Concacaf) and South America (organized by Conmebol) that are second- and third-tier competitions in the grand scheme of things.

We’re talking about bribery related to Concacaf World Cup qualifiers, the Concacaf Gold Cup, the Concacaf Champions League, the Copa América Centenario, the Conmebol Copa América, the Conmebol Copa Libertadores, and the Copa do Brasil. The host selection for the 2010 World Cup and the 2011 FIFA presidential election are the only FIFA events mentioned that exist outside the Americas.

There are no charges related to similar continental tournaments in Europe, Africa, or Asia, much less the controversial bidding process for the 2018 and 2022 World Cups. All nine current and former FIFA executives who got arrested are from the Americas, including Concacaf president Jeffrey Webb.

The reason for this, if the reports are to be believed, is that disgraced ex-Concacaf official Chuck Blazer served as an informant who allowed the FBI important access to the inner workings of the continent’s main governing body. In a statement, US Attorney General Loretta Lynch called FIFA’s alleged corruption “rampant, systemic, and deep-rooted.” If she is to be believed, it stands to reason that Africa, Europe, and Asia are no more or less corrupt than the Americas.

The DOJ didn’t touch the widespread corruption allegations related to the 2022 World Cup, which include an allegation from a whistle-blower who says she witnessed three different FIFA executive committee members taking $1.5 million bribes from the Qataris at a conference in Angola before the vote.

After the arrests, a FIFA representative said it was a “good day” for FIFA. He said the 2018 World Cup in Russia and the 2022 World Cup in Qatar would go on as planned, as would Friday’s presidential election. The implication is that FIFA need only root out its bad apples and then get back to business as usual. But what these allegations depict is a system of corruption, not just a few corrupt individuals. The DOJ points out that “two generations of soccer officials abused their positions of trust for personal gain.”

If this is happening across continents and generations in the Americas, it’s fair to speculate whether it is happening everywhere.

Acting US attorney Kelly Currie put it best. “After decades of what the indictment alleges to be brazen corruption,” she said, “organized international soccer needs a new start — a new chance for its governing institutions to provide honest oversight and support of a sport that is beloved across the world, increasingly so here in the United States.”