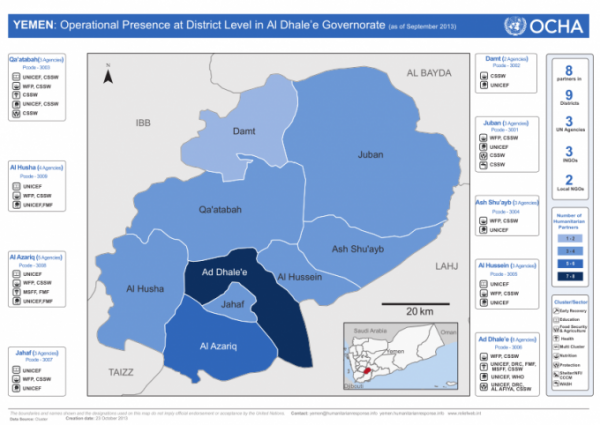 The fighters took Dhale, home to the command center of the 33rd Armored Brigade, the country’s largest army unit that had been loyal to former Yemeni leader Ali Abdullah Saleh. Saleh has backed the rebels, known as Houthis, in their power grab across Yemen that began last September.

Government-allied fighters seized tanks, rocket launchers and ammunition caches from the base at Dhale, some 120 kilometers (75 miles) from Aden, said the officials, speaking on condition of anonymity because they were not authorized to talk to reporters.

Footage from Dhale aired on the Saudi-funded Al-Arabiya satellite news network showed fighters in one armored vehicle flying the flag of once-independent South Yemen. The fighters, though allied with exiled President Abed Rabbo Mansour Hadi, also want an independent southern state in the country, which was only unified in 1990.

Dozens of fighters on both sides have been killed in intense clashes around Dhale in the past two weeks. Fighting between them still raged Tuesday on the city’s outskirts, officials said.

The officials also said that in the city of Taiz, three civilians were killed and over 20 wounded when a mortar shell hit a passenger bus in the city center. Combatants on each side accused the other of firing the errant shell, which happened during intense fighting involving heavy weapons.

Just north of Aden, fighting between forces loyal to Hadi and those of Saleh killed three civilians and wounded five, they added.

A Saudi-led coalition began targeting the Houthis and their allies on March 26. The U.N. estimates that at least 1,037 civilians, including 130 women and 234 children, have been killed between March 26 and May 20 in the fighting.

Hadi’s government in exile has declared several provinces of Yemen disaster zones, including Dhale, where all basic services have collapsed. Due to the violence and a Saudi-led sea-and-air blockade, most Yemenis face severe shortages of fuel, water, medicine and food.

In a new report, international humanitarian group Oxfam warned that some 16 million people in Yemen don’t have access to clean water.

“This is equivalent to the populations of Berlin, London, Paris and Rome combined, all rotting under heaps of garbage in the streets, broken sewage pipes and without clean water for the seventh-consecutive week,” said Grace Ommer of Oxfam.

Also Tuesday, the Saudi-led coalition carried out airstrikes in at least five Yemeni cities, including the capital, Sanaa, and the southern port city of Aden.

Meanwhile, a statement by the Saudi Interior Ministry said fighting along the kingdom’s border with Yemen near Asir killed one Saudi soldier and wounded three late Monday.

As fighting continues, hopes are dwindling for a political resolution to end the war.

Peace efforts also received a major blow this week after U.N.-sponsored negotiations due to take place in Geneva were indefinitely postponed.

Secretary-General Ban Ki-moon ordered the postponement following a request from Yemen’s government and other parties for more time to prepare, spokesman Stephane Dujarric said Tuesday, adding that Ban “is actively working to convene the talks at the earliest possible time.”

The organization still hopes the warring sides could convene without preconditions, he said.

In a limited Cabinet reshuffle, Hadi on Tuesday appointed a former lawmaker, Brig. Gen. Abdu al-Houzifi, as the new interior minister to replace the one who sided with the Houthis.

The Houthis, who control large swaths of territory, later said in a statement that they were appointing new governors in six provinces — Sanaa, Rayma, Marib, Bayda, Jawf and Ibb. 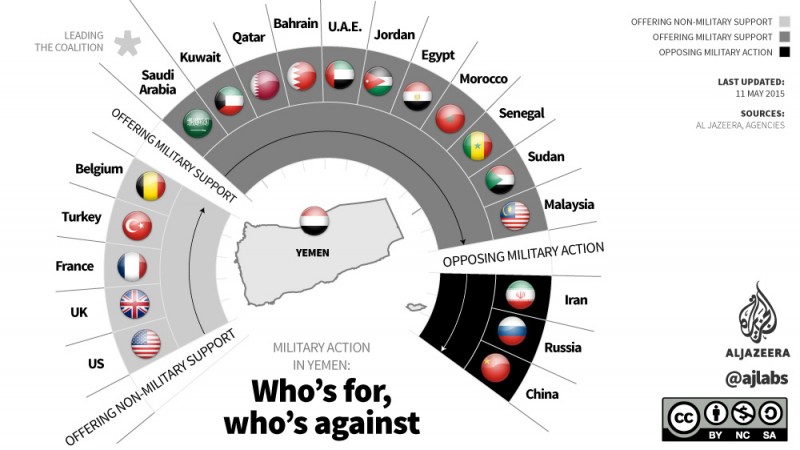