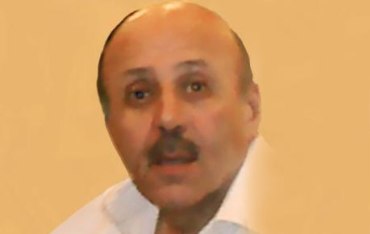 The Assad regime has placed its intelligence chief under house arrest after suspecting he was plotting a coup, in a sign that battlefield losses are setting off increasing paranoia in Damascus.

Ali Mamlouk, the head of the country’s National Security Bureau, and one of the few officials still to have access to President Bashar al-Assad, was accused of holding secret talks with countries backing rebel groups and exiled members of the Syrian regime.

Mr Assad is struggling to keep together the regime’s “inner circle”, who are increasingly turning on each other, sources inside the presidential palace have told The Telegraph.

Even before Mamlouk’s arrest, the web of intelligence agencies with which the regime has enforced its authority for four decades was in turmoil, with two other leaders killed or removed.

Last month, Rustum Ghazaleh, the head of the Political Security Directorate, died in hospital after he was physically attacked by men loyal to General Rafiq Shehadeh, his opposite number in military intelligence, who was in turn sacked.

The role being played in the war by Iran, Syria’s regional ally, is said to be at the heart of the arguments, with some of the “inner circle” afraid that Iranian officials now have more power than they do.

Iran’s influence has been crucial in bolstering Syria’s defences against the rebels, but even that has been crumbling in the face of recent rebel advances in the north.

It was as Syrian troops lost control of Idlib city and Jisr al-Shughour to an alliance of Islamist rebels including Jabhat al-Nusra, al-Qaeda’s local branch, that Mamlouk reportedly began to make contact with hostile governments and former regime officials.

“Mamlouk had been communicating with Turkish intelligence through an intermediary,” said a senior regime source with direct knowledge of the plan.

Mamlouk had also used a businessman from Aleppo as an intermediary to contact Rifaat al-Assad, Bashar’s uncle, who has lived abroad exile since he was accused of seeking to mount a coup in Syria in the 1980s.

Rifaat al-Assad declined to comment on the reports, but one informed source, who asked not to be named, said that ” there is a big interest among the Syrian officers and military for Rifaat Assad to come back to Syria”.

Iranian operatives in Syria are believed to have taken command of large areas of government, from the central bank to the battle strategy.

“Most of the advisers at the presidential palace are now Iranian,” said a source close to the palace. “Mamlouk hated that Syria was giving her sovereignty up to Iran. He thought there needed to be a change.”

Ghazaleh is believed to have shared this view of the Iranian influence.

Like Mamlouk, Ghazaleh was born to a Sunni Muslim family, and was opposed to the power being acquired in the country by Shia Iran’s Revolutionary Guard and its Lebanese proxy Hizbollah.

Issam al-Reis, a spokesman for the Southern Front rebel groups, who are fighting close to Ghazaleh’s home village in Deraa, said intelligence picked up from captives and others suggested Ghazaleh was fiercely hostile to Iran.

“He was complaining that he and his men were being treated like scum, whilst the Iranians and their militias were lords,” he said.

“Shehadeh arrested two of Ghazaleh’s nephews from his home town because they had refused to fight under Iranian command. Ghazaleh went to the military intelligence headquarters to defend them and get them released, but there Shehadeh’s men beat him.”

Suffering from brain damage, Ghazaleh spent several weeks in hospital before the regime formally announced his death on 24th April.

Mr Reis’s account was corroborated by two sources inside the regime, who asked to remain anonymous.

The regime in Syria is of critical importance to Iran, who uses Syria as the primary route through which to arm Hizbollah.

With the fortunes of the two regimes so inextricably linked, Iran has bankrolled and provided the expertise and the weapons for President Assad’s war.

Syria’s ailing economy would likely have collapsed were it not for the credit facility provided by Tehran – more than $15 billion to date, according to Damascus’ finance minister.

Last month, when senior officials in Syria’s regime made one of their regular visits to Tehran, the meetings were tense, and at sometimes fraught, a source close to the Iranian government told the Telegraph.

“Members of the regime said that they were losing control of Syria. At one point they even suggested considering cutting a deal with the opposition,” the source said.

“The Iranians were furious, after all they had done to help. They would not lose control.”

Charles Lister, a Syria expert with the Brookings Institution said that recent events have left the regime facing its most critical situation in years.

“Iran appears to be calling the shots now,” said Mr Lister. “This is partly from the fear that the regime might collapse from the inside out. Tehran is trying to create a brick wall around them.”