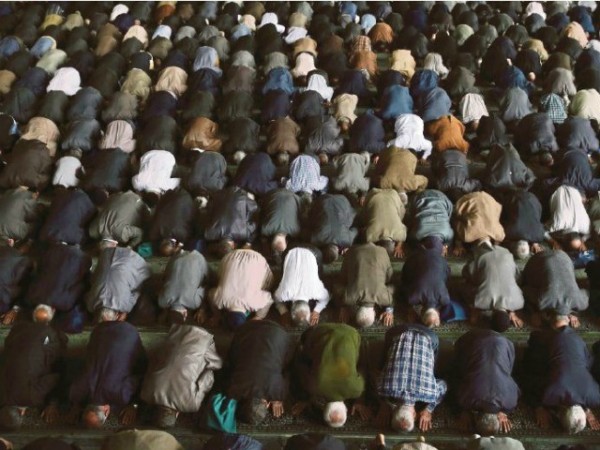 Iranian “cultural centers,” established across Latin America to enhance the Shiite country’s influence in the region, have proliferated in the last three years, while the Obama administration has been trying to reach a nuclear agreement with Iran.

“As the foremost state sponsor of terrorism, Iran’s involvement in the region and these cultural centers is a matter for concern, and its diplomatic, economic, and political engagement is closely monitored,” Gen. John Kelly, the commander of U.S. Southern Command (Southcom), told lawmakers last month, as the P5+1 powers approached a self-imposed deadline to draw up a framework for a nuclear deal with Iran.

Breitbart News found that the number of Iranian “cultural centers” in Latin America have more than doubled, from 36 in 2012 to more than 80 today.

“In an attempt to circumvent international sanctions, Iran continues its overtures to the region and has succeeded in establishing modest economic, cultural, and security ties, mostly with nations aligned with the Bolivarian Alliance for the People of our Americas (ALBA), such as Venezuela, Ecuador, Bolivia, Nicaragua, and Cuba,” wrote Air Force Gen. Douglas Fraser in March 2012 as the commander of Southcom.

“Iran also propagates its agenda through its thirty-six Shi’a cultural centers. The Fundación Cultural Oriente—an Iranian outreach center dedicated to strengthening Iranian ties to Latin America—is run by the radical cleric Moshen Rabbani, currently on the Interpol Red List for involvement in the 1994 bombings of a Jewish cultural center in [Argentinian capital] Buenos Aires,” he continued. “Ribbon oversees several media outlets and has recruited students from the region to study in Iran. We take Iranian activity in the hemisphere seriously and we monitor its activities closely.”

Three years later, in March 2015, Gen. Kelly, the current Southcom commander, revealed that the number of cultural centers have exponentially grown to more than 80.

“Iran has established more than 80 ‘cultural centers’ in a region with an extremely small Muslim population. The purported purpose of these centers is to improve Iran’s image, promote Shi’a Islam, and increase Iran’s political influence in the region,” wrote the commander.

Gen. Kelly did not specify where in Latin American the 80 “cultural centers” are located.

There are 41 countries and territories in Latin American and the Caribbean. Thirty-one of those nations fall under Southcom’s area of responsibility (AOR).

Southcom did not respond to requests for comment on the location of the centers.

The number of Iranian cultural centers have proliferated while the Obama administration has been seeking to negotiate a nuclear agreement with Iran.

In its annual assessments, Southcom has also expressed concern about the presence and growth of Hezbollah, a proxy of Iran, in Latin America.

The assessments acknowledge that Sunni extremists have also established a foothold in the Latin America region, but it indicates that they are there in smaller numbers when compared to Iran’s Shiite militant arm Hezbollah, the most mentioned Islamic terrorist group in the reports.

Based on the assessments, it appears that Hezbollah is the most established Middle East-based terrorist group in the region.

“The terrorist group Lebanese Hezbollah—which has long viewed the region as a potential attack venue against Israeli or other Western targets—has supporters and sympathizers in Lebanese diaspora communities in Latin America some of whom are involved in lucrative illicit activities like money laundering and trafficking of counterfeit goods and drugs,” wrote Gen. Kelly in the 2015 report.

“These clan-based criminal networks exploit corruption and lax law enforcement in places like the Tri-Border Area of Brazil, Paraguay, and Argentina and the Colon Free Trade Zone in Panama and generate revenue, an unknown amount of which is transferred to Lebanese Hezbollah,” he continued. “Unfortunately, our limited intelligence capabilities make it difficult to fully assess the amount of terrorist financing generated in Latin America, or understand the scope of possible criminal-terrorist collaboration.”

In the 2015 assessment, Gen. Kelly warned that Islamic terrorist groups could exploit the knowledge of smuggling networks in Latin America and the Caribbean to infiltrate the United States.

The Southcom assessments date back to 2000. The first mention of Iran appears in 2008 when its presence was described as somewhat nascent.

“There are international actors — notably Iran — who are establishing political and economic inroads in the Americas,” noted Navy Adm. Jim Stavridis, the commander of Southcom in 2008. “Unfortunately, they often espouse anti-U.S. messages, and, in the case of Iran, bring the potential for radical Islamic activity into this hemisphere.”

Hezbollah was not mentioned by Southcom until a few years later.

Gen. Kelly recently told lawmakers that over the past 15 years, Iran has been seeking to foster closer ties with Latin American governments in an effort to increase its influence in the region and undermine U.S. sanctions, among other things.