Syria peace talks in Moscow ended with no sign of breakthrough 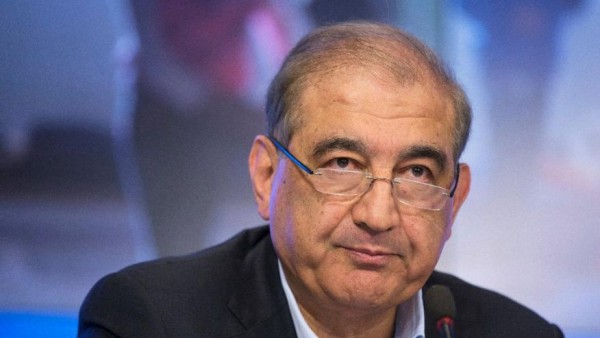 Qadri Jamil, a former deputy prime minister representing Syria’s opposition Popular Front of Change and Liberation, listens for a question at a news conference in Moscow, Russia, Friday, April 10, 2015. Representatives of the Syrian government and opposition have wrapped up four days of talks in Moscow, with an opposition leader calling for a third U.N.-sponsored international conference aimed at resolving Syria’s four-year civil war. (AP Photo/Pavel Golovkin) (The Associated Press)
Share:

Talks between representatives of the Syrian government and some members of the opposition ended in Moscow on Friday with no sign of a breakthrough to end a four-year-old conflict that has killed more than 220,000 people.

The second such meeting this year in Russia, an ally of Syrian President Bashar al-Assad, was marred by friction among the opposition delegates and was boycotted by the Syrian National Coalition, a Western-backed group based in Istanbul.

The delegations managed to agree only on a set of principles including a call for a political deal based on an agreement reached in Geneva in 2012 and an end to outside meddling in Syria, Russian mediator Vitaly Naumkin and Qadri Jamil, a former Syrian government official now with the opposition.

“We had no illusions that these talks could provide solutions to all the problems. But we managed to agree on some points,” Jamil said. “We should see the glass as half-full, not half-empty.”

But Samir Aita, of the Syria Democratic Forum opposition group, said not all opposition delegates supported the set of principles that were agreed and called for trust-building measures and humanitarian issues to be addressed.

“Despite all the casualties in Syria, it seems Bashar al-Assad still does not understand what a political solution is. I think the Syrian regime missed a chance to move toward a political solution,” Aita said. “This document doesn’t help build hope, on the contrary – it destroys it.”

The delegations agreed in principle on the need to fight terrorism and end foreign meddling but disagreed on what exactly that meant.

Another point of contention was a drive by Kurds for self-rule and their refusal to disarm. Damascus says only the Syrian army should be allowed to bear arms. The opposition said that should be for the future, after a political transition.

Participants also said they discussed chances for returning to talks in Geneva, which collapsed last year, but no decisions were taken.

The first round of talks in Moscow in January also ended inconclusively and Naumkin said a pause was now likely. The Syrian National Coalition has shunned the talks because it said it wanted to take part only if they led to Assad’s departure.