No Iran deal yet , only a joint statement to be issued stating the talks will continue 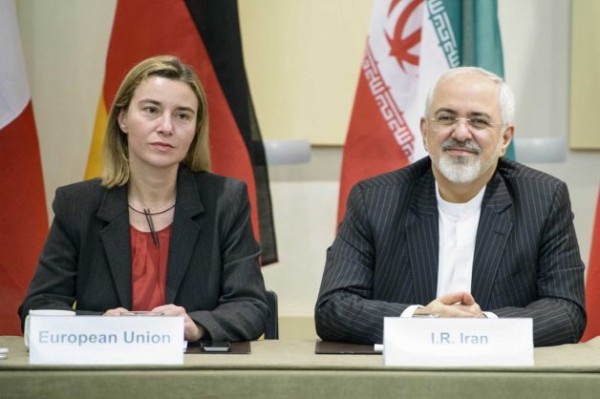 A joint statement to be issued at negotiations on Iran’s nuclear program will say enough progress has been reached to continue talks until the final deadline of June 30, Western and Iranian officials at the talks said.

The officials were unable to confirm whether the statement, to be issued by Iran’s Foreign Minister Javad Zarif and EU foreign policy chief Federica Mogherini, would contain an announcement of any agreement.

Mogherini has acted as a coordinator for the six powers – Britain, China, France, Germany,Russia and the United States – which are negotiating with Tehran to prevent it from acquiring the means to develop a nuclear bomb.

Representatives of all the sides sat for a full session of talks at around 6:00 pm on Thursday, and officials said they expected the statement around an hour later (1700 GMT), although it could be delayed.

Zarif and Mogherini would release their statement and U.S. Secretary of State John Kerry would then hold a news conference to explain the outcome.

It would wrap up eight days of marathon talks, extended after a deadline of midnight on Tuesday. The aim of the talks has been to reach a political agreement that could serve as the basis for a final deal by June 30.

The powers want to ensure that Iran does not possess the ability to make a nuclear weapon. Iran wants to preserve what it says is its right to peaceful nuclear technology, while lifting international sanctions that have hamstrung its economy.

The talks are the biggest opportunity for rapprochement between Washington and Tehran since they became enemies after Iran’s 1979 revolution, but any deal faces skepticism from conservatives in both countries. U.S. allies in the Middle East are also skeptical, especially Israel and Saudi Arabia.

Throughout the talks, the sides have repeatedly said they were making progress but the negotiations could collapse at any time over disagreement on details.

The United States wants to extend the “breakout time” Iran would need to obtain the enriched uranium needed to make a bomb should it decide to pursue one, by placing limits on Iran’s use of centrifuges to make the material and on its stockpiles.

The talks – the culmination of a 12-year process – have become hung up on the issues ofIran’s nuclear centrifuge research, details on the lifting of U.N. sanctions, and how they would be re-imposed if Iran breached the agreement.

All sides are under pressure not to go home empty handed, but Washington reiterated on Wednesday it was willing to walk away if the sides could not agree on a preliminary framework. White House spokesman Josh Earnest told reporters in Washington: “the time has come for Iran to make some decisions.”