Will the Iran deal be known as ” The April Fools Agreement? “ 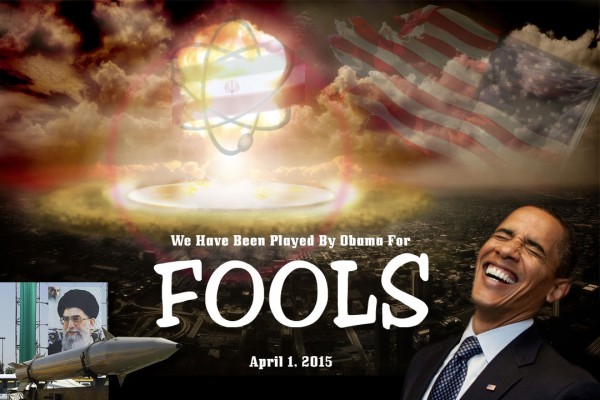 By: Phil Flynn
Iran nuclear goes into overtime and if they get a deal done today it will be forever known as the “April Fools agreement.” This may or may not be my commentary of what I think is the wisdom of a deal or those negotiated the deal where the U.S. seems desperate to get a deal, any kind of a deal. Of course the point is whether Iran can be trusted when they don’t even want to get rid of their nuclear material and still want to enrich uranium in an underground bunker. This is a joke. Is it not?

The other sticking point of how quickly sanctions are lifted. The Iranians who got rewarded with a loosening of the sanctions just for coming to the negotiating table want sanctions lifted immediately if they sign a deal. The U.S. and world powers on the other hand want a gradual lifting of sanctions so they can gauge Iran’s compliance. They also want to reserve the right to pull sanctions back if the Iranians fail to follow the rules. Despite these obstacles the Russians and the Iranians are saying that progress is being made.

Yet even if the sanctions are lifted immediately, it will take Iran months to ramp up production. In the meantime tankers filled with Iranian oil would come onto the market quickly but if the OPEC cartel lives up to its agreement then other producers should cut back on production and allow Iran to pump their quota and regain their market share. OPEC currently is happily taking that share as their production is at near record highs! Reuters estimates that Iranian production is currently around 2.8 million barrels per day (bpd); sanctions limit exports to 1 million bpd. And has around 30 million barrels of crude on its fleet of oil tankers ready to be sold if possible.

Oil prices will also gauge how Nigeria’s election, with its first real transfer of power, will be peaceful or not. The early signs are hopeful after President Goodluck conceded and former military dictator Muhammadu Buhari assumes the presidency. Nigeria has been hit hard on the oil front as the high quality of U.S. shale oil has reduced U.S. demand for Nigerian crude. If the U.S. lifts the export ban it will hurt them even more.

But a counter balance to the crude build was a much larger than expected drop in gasoline supply. This is an indication that U.S. demand is continuing to rise at a time when refiners are in the process of switching over to the summer of drawing down supply. It seems Americans love to drive more, when gas prices go down and they forget about that pesky fuel efficacy thing. Give me horsepower!
Inside Futures