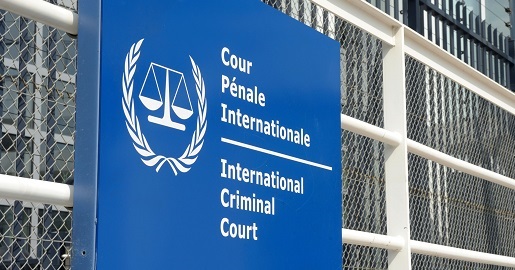 The Palestinian Authority became a member of the International Criminal Court on Wednesday, saying it wanted “justice not vengeance” for alleged Israeli war crimes.

Joining the court is part of a broader effort by the Palestinians to put international pressure on Israel and comes at a time when the chances of resuming negotiations on Palestinian statehood are seen as slim following Israeli Prime Minister Benjamin Netanyahu’s recent election victory and tough campaign rhetoric.

“In the face of the great injustice our people are enduring and the repeated crimes committed against it, Palestine has decided to seek justice, not vengeance,” Palestinian Foreign Minister Riad Malki said after a brief welcome ceremony.

Palestinians signed the court’s founding treaty in January and Palestinian membership came into force Wednesday. International justice activists hailed the occasion as an opportunity to bring accountability to years of conflict between Palestinians and Israel.

Israel is not a member of the ICC, but the country’s military and civilian leaders could now face charges if they are believed to have committed crimes on Palestinian territory. Israel had no immediate comment Wednesday.

The court’s chief prosecutor, Fatou Bensouda, opened a preliminary investigation in mid-January after the Palestinians formally accepted the court’s jurisdiction dating back to just before last year’s Gaza conflict.

Malki said the Palestinian Authority was waiting to see the result of the preliminary probe. However, he stressed the Palestinians were ready to call for a formal investigation if the initial examination of evidence took too long, though he did not say how long that would be.

Some preliminary examinations have taken months, others are continuing after years.

Human Rights Watch welcomed the Palestinian Authority as the court’s 123rd member and stressed it is now up to Bensouda to weigh whether there is strong enough evidence to merit a full-scale investigation.

“Any decision whether to pursue an investigation and against whom is not in the hands of the Palestinians or the Israelis,” said Balkees Jarrah, international justice counsel at Human Rights Watch.

In a statement, Hamas official Ismail Radwan called Wednesday’s move “a step in the right direction.” He said Palestinian leaders must use the opportunity “to pursue the (Israeli) occupation and fight it until it’s punished for its crimes against the Palestinian people.”

Prosecutors could also look at the issue of Israeli settlement building, considered illegal by much of the world. However, prosecutors in The Hague do not have jurisdiction over events that happened before the Palestinians joined the court.

William R. Pace, convenor of the Coalition for the ICC which supports and promotes the court’s work, said Palestinian membership “gives hope to victims in both Palestine and Israel that they might see justice done and the conflict brought to a peaceful end.”