Uzbekistan votes to extend leader’s reign to over 3 decades 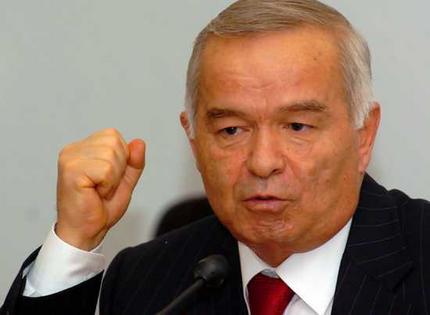 Uzbekistan on Sunday voted in a presidential election, in which veteran leader Islam Karimov runs virtually unopposed to extend his autocratic reign to more than three decades.
Critics say the regime Karimov installed in his mainly Muslim nation of 30 million, Central Asia’s most populous, is among the most repressive in the world. At 77, he is the oldest of the presidents of the former Soviet nations. Opposition activists are in jail or live in exile and independent candidates were not allowed to run. The three other hopefuls running represent the officially authorised parties and have widely praised the incumbent in the run-up to the vote.
Karimov, a former member of the of the Soviet Union’s decision-making Politburo, has run the nation of 30 million since 1989 when he headed the local Communist Party. Few doubt that he will easily win another five years in office. A third of the country’s 20.8 million eligible voters must vote to make the election valid. As of 10 am , 36pc had already cast their ballots, the Central Election Commission said. Voting ends at 8 pm.
The authorities did not accredit most Western media, including Reuters, and many other foreign news organisations for the election. Karimov’s uncertain health is his chief obstacle. A lack of a successor is a major security threat in the country seen by the United States and its allies as a strategic partner in the volatile region which borders Afghanistan.  He appears to have the support of the political elite, but there has been widespread speculation of a rift with his eldest daughter, Gulnara Karimova.
She has been charged with corruption and some reports have said she is under house arrest.
‘Any of Karimov’s would-be successors are seriously afraid to show their ambitions, fearing similar reprisals,’ Mutabar Tajibayeva, an Uzbek human rights activist living inFrance, said in written comments sent to Reuters. The constitution restricts the presidency to two consecutive terms, but Karimov has used legal ploys to extend his rule.
An observer mission of the Organization for Security and Cooperation in Europe (OSCE) said Uzbek officials sought to justify Karimov’s decision to run again by saying terms of a different length could not be considered consecutive. Citing its own sources, New York-based Human Rights Watch estimated that there are between 10,000 and 12,000 political and religious prisoners in Uzbekistan. Karimov justifies his tough methods by the need to keep stability in his strategically positioned nation which he says is threatened by radical Islam.
The West, which has not judged a single Uzbek election to be free and fair, criticises him but keeps political and military cooperation at a high level. ‘Today Western politicians simply shut their eyes to facts of crude violation of Uzbekistan’s electoral legislation,’ said human rights activist Tajibayeva. ‘But such a stance can only further consolidate Karimov’s dictatorship, aggravate the situation in Central Asia and heat up popular discontent.’