Killing of journalists should be a war crime, says AP chief 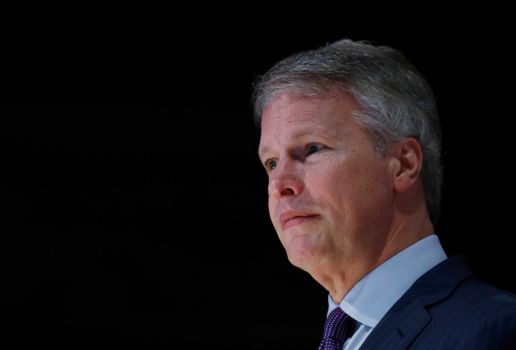 The president and CEO of The Associated Press called on Monday for changes to international laws that would make it a war crime to kill journalists or take them hostage.

Gary Pruitt said a new framework is needed to protect journalists as they cover conflicts in which they are increasingly seen as targets by extremist groups.

“It used to be that when media wore PRESS emblazoned on their vest, or PRESS or MEDIA was on their vehicle, it gave them a degree of protection” because reporters were seen as independent civilians telling the story of the conflict, Pruitt said.

“But guess what: That labeling now is more likely to make them a target,” he said in a speech at Hong Kong’s Foreign Correspondents’ Club.

One of the most high profile killings was that of AP photographer Anja Niedringhaus, who was shot by a police officer while covering elections in Afghanistan. AP reporter Kathy Gannon was severely wounded in the same attack. Two other AP staff — videographer Simone Camilli and translator Abu Ali Fash — were killed in Gaza when an unexploded missile went off. In addition, AP photographer Franklin Reyes Marrero died in a car accident while returning from an assignment in Cuba.

Pruitt said existing international laws should be updated to protect journalists. He proposed creating a new protocol to the Geneva Conventions to make the killing of a journalist a specific war crime. He also suggested adapting articles of the International Criminal Court, which deals with war crimes, to specifically cover journalists.

While acknowledging that these measures would not necessarily prevent journalists from getting killed, Pruitt said it would raise awareness of the idea that media workers, like doctors and nurses, should not be targeted during war.

Journalists deserve such protection as the nature of war changes, Pruitt said. Journalists are increasingly becoming targets of extremist groups because such groups don’t need media organizations to deliver their message — they can use social media instead.

“They don’t need us, they don’t want us. They want to tell their story in their way from start to finish with nothing in between, and a journalist is a potential critical filter that they don’t want to have around,” he said.

“The larger world, however, needs us. They need us to get the real facts out or the complete story out. Not just one side as they want to tell it,” he added.

The rising trend of terrorist and extremist groups resorting to kidnapping and ransoming journalists to raise money is also making it more dangerous to report from conflict zones, Pruitt said. Even more worrying, such groups are also increasingly killing journalists to get attention.

“A beheading becomes a bloody press release,” he said.

The AP and other news organizations have also taken steps to protect freelancers, who often don’t have the training and support offered to staff journalists.

Last month they endorsed a set of guidelines for freelancers that calls for them to be treated in the same way as staffers. They should be given, for example, first-aid and survival training and proper equipment.