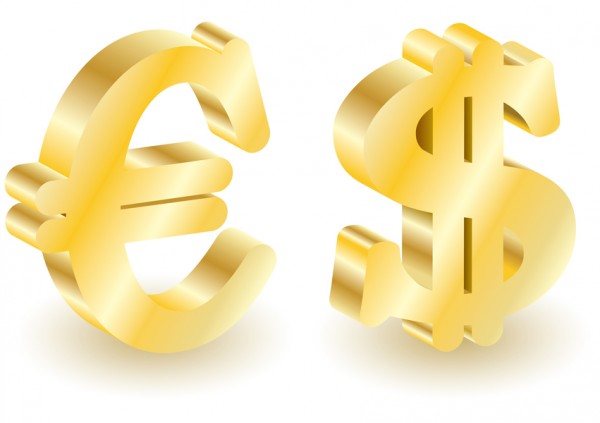 The euro extended its unrelenting fall on Wednesday, dropping 1 percent to below $1.06 for the first time in 12 years as the European Central Bank’s 1.1 trillion bond-buying program hammered the region’s bond yields to record negative levels.

The single currency has declined 12 percent since January and is about 5.6 percent away from reaching parity against the greenback, Reuters data showed.

“For many investors, parity is the next big psychological level, but it might take some time,” said Charles St. Arnaud, currency strategist at Nomura Securities International in New York.

The euro was broadly lower against other major currencies. It struck a seven-year low against sterling at 70.145 pence and an 18-month low of 128.29 yen.

The ECB on Monday began buying sovereign bonds to try to boost growth and inflation in the eurozone, sending yields on the debt of nearly all its countries to record lows and driving investors away from the euro.

“You have very weak yields in the eurozone,” St. Arnaud said. “People are selling euro fixed income assets to diversify away from the euro.”

On pace for its worst quarter on record, the euro slid to $1.0560 on Wednesday in European trading. It bounced above $1.06 during its U.S. session, but was last down 0.9 percent on the day.

About a third of the euro’s fall this year has come since Friday, when a stronger-than-expected U.S. jobs report fueled speculation that the U.S. Federal Reserve could raise interest rates as soon as mid-2015.

The U.S. central bank has scheduled a two-day policy meeting next week, when analysts expect it to drop “patient” from its policy statement to signal it is preparing to raise rates.

Expectations that the Fed will end its near-zero rate policy amid a tightening labor market propelled the greenback to a 7-1/2-year high against the yen on Tuesday of 122.04. It was last up 0.1 percent at 121.24 yen.