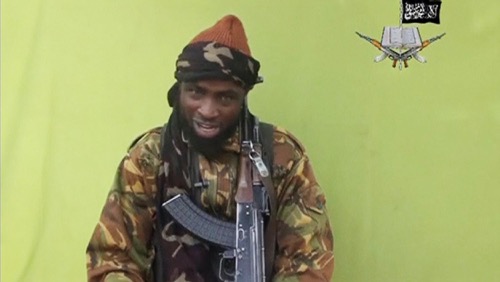 The Nigerian militant group Boko Haram has pledged official allegiance to ISIS, according to an audio statement released online Saturday. In the audio, a man claiming to be Boko Haram leader Abubakar Shekau appears to address ISIS leader Abu Bakr Al-Baghdadi, and also calls on Muslims throughout the world to declare a similar loyalty.

The message, posted via Boko Haram social media accounts, was confirmed by Flashpoint Intelligence, a global security firm and NBC News consultant. According to Flashpoint, the audio confirms what many analysts have said would happen: a bridging between Boko Haram and ISIS. Boko Haram is also following ISIS’s trend of releasing messages online and mimicking the terror network’s propaganda.

ISIS has not yet responded. Laith Alkhouri, director of MENA research and analysis at Flashpoint, said it is likely the terror group would accept Boko Haram’s apparent proposal. The message by Boko Haram was in the same format as messages released by other groups that have pledged to fight under ISIS’ black flag, and in those cases ISIS has accepted, he said.

“Boko Haram is not only one of the strongest groups to support ISIS, it’s also in [an] area ISIS has very little, if any, control,” Alkhouri said. “This gives ISIS the extra credibility and the additional territory to further its growth around the world.”

The announcement comes after five bomb blasts rocked the Nigerian city of Maiduguri on Saturday, killing at least 54 people and wounding 143 others in Boko Haram’s northeastern heartland.

ISIS — unlike al Qaeda — hasn’t shunned Shekau, accepting his more fiery persona and lack of Islamic knowledge as Boko Haram wages violence in Nigeria, Flashpoint said. Shekau in the audio appears to say he is pledging allegiance to ISIS’s caliphate, or state, which spans parts of Syria and Iraq.

U.S. intelligence officials have questioned whether Boko Haram would want to join ISIS, suggesting to NBC News that the Arab world wouldn’t see black Africans “as equivalent to them.” Boko Haram has praised ISIS previously and shown its flag in videos, but ISIS had not reciprocated.

In Arizona on Saturday, around 500 people attended a memorial service for Kayla Mueller, the American aid worker who was captured by ISIS in Syria in 2013 and who was killed sometime before Feb. 10, when her death was confirmed by U.S. officials and her family.

ISIS claimed Mueller, 26, was killed in a Jordanian airstrike carried out in retaliation for the terror group burning to death a captured Jordanian fighter pilot. U.S. officials have not confirmed that, and have cast doubts on the claim. The White House has said ISIS bears full responsibility for her death.