Don’t sit, Each hour increases chance of heart disease by 14% 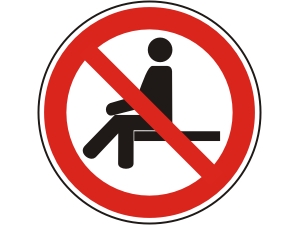 A new study has found that for each hour a day that an adult spends sitting down during their lifetime, the likelihood of developing heart disease goes up by 14 per cent.

It further warns that a daily session at the gym won’t undo the damage because any increase in fitness from an hour’s exercise is overridden by several hours of sitting.

Scientists from the Medical College of Wisconsin tracked levels of activity of 2,031 adults whose average age was 50.

They compared the number of hours each participant spent sitting down each day with the levels of deposits in blood vessels that act as signal for heart disease.

The participants all spent between two to 12 hours a day sitting at the office and in front of the television. The researchers concluded that for every hour spent sitting, the levels of deposit rose by 14 per cent.

Lead researcher Dr Jacquelyn Kulkinski, an assistant professor of cardiovascular medicine, said that adults with office jobs should go for a walk every hour: “Reducing the amount of time you sit by even an hour or two a day could have a significant and positive impact on your future cardiovascular health.

Despite the research suggesting that the benefits of exercise could be undone rapidly, she insisted that it was still important to aim for at least thirty minutes a day:

“It’s clear that exercise is important to reduce your cardiovascular risk and improve your fitness level.

“The lesson here is that it’s really important to try and move as much as possible in your daily life, for example, take a walk during lunch, pace while talking on the phone, take the stairs instead of the elevator and use a pedometer to track your daily steps.

“And if you have a sedentary job, don’t go home at night and sit in front of the TV for hours on end.”

A series of research papers published in UK health journal The Lancet in 2012 said that inactivity is as damaging to health as smoking and that the UK had one of the most inactive populations with 63 per cent of adults failing to do enough.