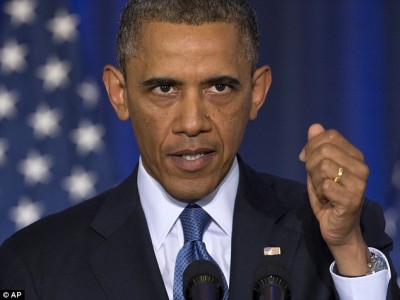 Rudy Giuliani is walking back his claim that President Obama doesn’t love America, writing in a Wall Street Journal op-ed that he “didn’t intend to question President Obama’s motives or the content of his heart.” However, the former New York City mayor added, he still believes Obama is undercutting the nation’s morale by talking about its failures.

I can only be disheartened when I hear him claim, as he did last August, that our response to 9/11 betrayed the ideals of this country. When he interjected that “we tortured some folks,” he undermined those who managed successfully to protect us from further attack.

And to say, as the president has, that American exceptionalism is no more exceptional than the exceptionalism of any other country in the world, does not suggest a becoming and endearing modesty, but rather a stark lack of moral clarity.

Giuliani’s clarification comes a few days after he attributed Obama’s worldview to the “influence of communism and socialism.”