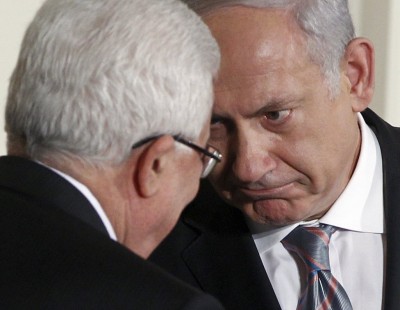 Judging by Israel’s election race, the decades-long conflict with the Palestinians is not an important issue. Prime Minister Benjamin Netanyahu prefers to focus on Iran, and moderate opponents prefer to attack the right-wing government on Netanyahu’s management of the economy.

The lack of campaign-trail focus on making peace with Israel’s enemies seems to bode poorly for negotiating prospects after the March 17 election. Palestinian leaders say they expect tough times ahead.

“Neglecting relations with the Palestinians is dangerous. It indicates what will happen after the election, especially if we have a right-wing coalition,” said Riad Malki, the Palestinian foreign minister. “This means that the coming period will be very difficult.”

Many Israelis do agree with the international community that resolving the conflict with the Palestinians is essential to the country’s future.

Israel captured the West Bank, east Jerusalem and Gaza Strip in the 1967 Mideast war, and the Palestinians claim all three areas for a future state. Most demographers believe that without land concessions from Israel and the establishment of an independent Palestine, Arabs living under Israeli control could soon outnumber Jews. That would force Israel to make a difficult choice between preserving its Jewish and democratic characteristics.

Upon taking office in 2009, Netanyahu announced his conditional support for the establishment of an independent Palestinian state. The Palestinians say his conditions, including a demand that they recognize Israel as the homeland of the Jewish people, are unacceptable, and peace talks during Netanyahu’s time in office have repeatedly failed.

As he seeks a third consecutive term, Netanyahu has focused on security, saying he is the only Israeli leader capable of confronting the country’s many threats from its Arab and Muslim neighbors. He has concentrated on the Iranian nuclear program. His planned speech to the U.S. Congress next month is designed to lobby against an emerging nuclear deal between Iran and U.S.-led global powers.

But Netanyahu has all but avoided mention of the Palestinian issue, offering little indication as to how he would approach the matter if re-elected. His Likud Party also has refrained from taking a clear position, partly because of divisions within its ranks. Some Likud lawmakers flatly oppose the establishment of a Palestinian state.

“The majority of Israelis have realized there is no viable partner,” Danon said.

Abbas, after losing faith in negotiations with Netanyahu, has switched his focus to the global diplomatic stage. He’s infuriated Israel by pressing the United Nations, European Union and other international bodies to recognize Palestinian statehood. His Palestinian Authority also has joined the International Criminal Court, where it is threatening to press war crimes charges against Israel.

Nachman Shai, a member of the opposition Labor Party, said his party hasn’t focused on Netanyahu’s lack of Palestinian policy partly because Labor has a better chance of connecting with voters by focusing on Likud’s poor handling of the economy, particularly Israel’s high cost of living.

But he said that did not mean making peace with the Palestinians was somehow unimportant.

“We hope that after the election, once we take the prime ministership, we will renew the negotiations and start talking to the Palestinians,” Shai said.

He said Labor planned to make Palestinian peace an election issue in the closing weeks of campaigning.

“The prime minister has no interest to discuss it, and we do,” he said.

Avraham Diskin, a political scientist at the Hebrew University in Jerusalem, said the Palestinian issue is a tough sell for both sides. Right-wingers are loathe to concede Palestinian statehood, while doves on the left are having their arguments undermined by the threatening rise of militant Muslim groups across the Middle East.