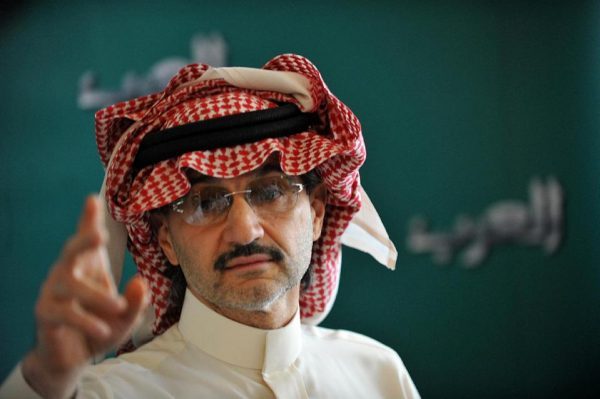 The Alarab News Channel, launched on February 1, was on air for only a few hours before reverting to promotional material while trying to resolve “technical and administrative” issues.

“It has been decided to halt the activities of Alarab, the channel not having received the necessary permits,” a statement from the Bahrain Information Affairs Authority said on Monday.

Shortly after its launch on February 1, programming was interrupted after Alarab broadcast an interview with an opposition politician in Bahrain.

The interview with a Shiite opponent of the Gulf kingdom’s Sunni rulers sparked criticism in the pro-government Bahraini daily Akhbar al-Khaleej.

The newspaper said it learnt that Alarab was taken off the air for “not adhering to the norms prevalent in Gulf countries”.

Bahrain is a close ally of neighbouring Sunni-dominated Saudi Arabia, where a minority community of Shiites in the country’s east, across from the island nation of Bahrain, have complained of marginalisation.

The head of media at Bahrain’s information ministry, Yusuf Mohammed, said last week that “cooperation with Alarab’s administration is ongoing, in order to resume its broadcasts and complete necessary measures as soon as possible”.

Jamal Khashoggi, Alarab’s general manager, could not be immediately reached for comment on Monday.

He is a veteran Saudi journalist who was forced to step down from the helm of Saudi Arabia’s Al-Watan daily in 2010 after it ran an opinion column that angered religious conservatives.

Prior to the launch of Alarab, he told AFP the channel was “not going to take sides”.

Khashoggi said “a news channel should not have a political agenda… We should just be a news channel that provides accurate, objective information.”

Although its news programmes stopped within hours of the launch, Alarab continued to show promotional material.

Until just after 1200 GMT on Monday, it was broadcasting a message that programming had been interrupted for “technical and administrative reasons, and we’ll be back soon, God willing”.

But at about 1204 GMT the promotional material stopped and the screen displayed only Alarab’s green and white logo.

Alarab was the latest player in the Arabic-language television market, after Qatar-subsidised Al-Jazeera became the first regional news broadcaster 19 years ago.

It also aimed to be a rival for Dubai-based Al-Arabiya, established in 2003 and owned by Sheikh Waleed al-Ibrahim, a brother-in-law of Saudi Arabia’s late King Fahd.

Critics have accused the established broadcasters of reflecting their owners’ political views, especially during the 2011 Arab Spring uprisings against authoritarian regimes in the Middle East and North Africa.

Both long-running channels deny any slant in their coverage.

Alwaleed also belongs to the Saudi royal family and is a nephew of King Abdullah, who died on January 23.

In a highly conservative Islamic kingdom, Alwaleed, who holds no government rank, is unusual for his high profile and periodic comments about economic issues.

Another of his projects is Kingdom Tower, which is under construction in the Red Sea city of Jeddah, and will rise more than one kilometre (almost 3,300 feet) to be the world’s tallest building.

Alwaleed first announced plans for the news channel in 2011.

Before the launch of Alarab, Khashoggi had said the network could not be based in Saudi Arabia because the kingdom does not allow “independent” channels.

He said it took time to iron out the legal arrangement with Bahrain because “our channel in Bahrain is the first independent channel” on the island which is connected by a causeway to Saudi Arabia.

Khashoggi declined to reveal Alarab’s budget but said the channel would have about 280 staff, including correspondents in 30 countries.

Riyadh would be the largest bureau with around 20 employees.