Jordan launched 56 airstrikes against IS in revenge for pilot killing 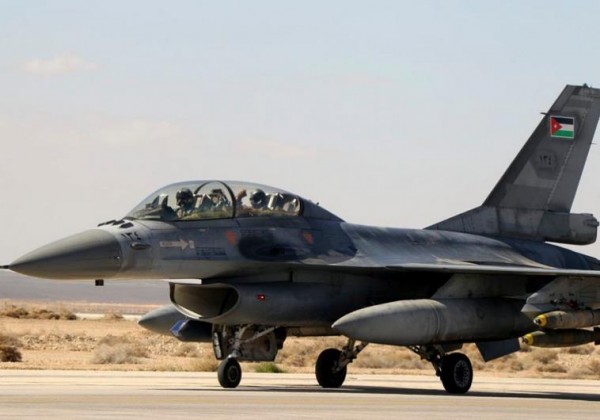 A Royal Jordanian Air Force plane takes off from an air base to strike the Islamic state in the Syrian city of Raqqa February 5, 2015. . (photo credit:REUTERS)
Share:

Jordanian officials have said they would retaliate harshly for the slaying of the pilot, Lt. Muath al-Kaseasbeh, who set ablaze while trapped in a cage.

“We achieved what we were looking for: revenge for Muath,” the general said. “And this is not the end. This is the beginning.”

The United States and several Arab allies, including Jordan, have been striking the Islamic State group in Syria since Sept. 23, while warplanes from the U.S. and other countries have been waging an air campaign against the extremists in Iraq for even longer. The campaign aims to push back the jihadi organization after it took large parts of Iraq and Syria and declared a “caliphate.”

Al-Jabour said coalition planes have flown 5,500 sorties since the beginning of the air campaign, including 2,000 reconnaissance flights. He did not say whether this included flights over both Syria and Iraq. He said Jordan’s air force participated in 946 sorties.

The general said about 7,000 Islamic State group militants have been killed since the beginning of the coalition airstrikes, without elaborating.