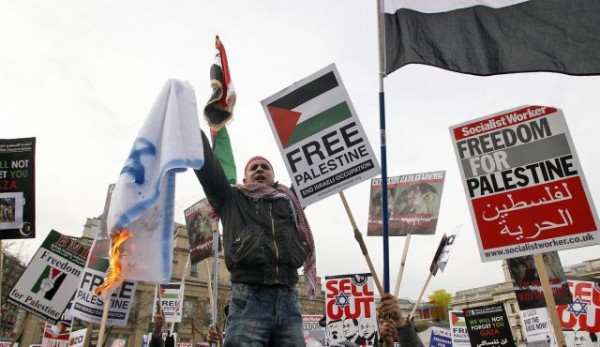 The poll was part a joint YouGov-Chatham House project that surveyed more than 2,000 Britons on their attitudes regarding their country’s foreign policy. It took place last August, not long after Israel had conducteda devastating 50-day operation against Hamas militants in the Gaza Strip. Some 1,400 Palestinian civilians were killed in the conflict, including 418 children, according to The Washington Post’s count of the death toll.

In October, the British House of Commons voted to recognize Palestine as an independent state, a symbolic act that doesn’t affect the policies of Britain’s leadership. But it echoed wider European dissatisfaction with Israel and the right-wing government of Prime Minister Benjamin Netanyahu, whose actions, critics say, have undermined the viability of a two-state solution.

The chart below shows swings in British opinions of countries outside Europe. Views toward Iran appeared to have warmed considerably with the departure of the country’s incendiary President Mahmoud Ahmadinejad and the election of the more conciliatory President Hassan Rouhani. The greatest amount of antipathy, it should be noted, appeared reserved for Russia.

Moscow angered many Europeans in the past year with its provocative power play in Ukraine. Despite its economic woes, the government of President Vladimir Putin appears to only be participating in an escalationof the conflict.