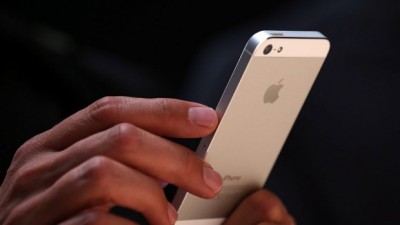 Edward Snowden, the infamous former contractor for the National Security Agency who leaked thousands of pages of previously classified NSA intelligence documents, reportedly thinks that Apple’s iPhone has “special software” that authorities can activate remotely to be able to gather information about the user.

“Edward never uses an iPhone; he’s got a simple phone,” said the lawyer of Snowden, Anatoly Kucherena, in an interview with the Russian media company RIA Novosti.

“The iPhone has special software that can activate itself without the owner having to press a button and gather information about him; that’s why on security grounds he refused to have this phone,” Kucherena added.

It is not clear if the “special software” being referred to in the interview is made up of standard diagnostic tools, or if the NSA whistleblower thinks intelligence agencies from the United States have found a way to compromise the mobile operating system developed by Apple.

Apple was among the first companies accused of participating in the PRISM data mining project of the NSA, following the release by Snowden of the agency’s classified documents. The project reportedly involved extracting video, audio, pictures, documents, emails and connection logs from devices, allowing analysts to track the movement of the device’s user and the communications that they are receiving or sending out.

At the time, the accusations were immediately denied by Apple, stating that the company is not involved in the supposed PRISM project and that it does not grant government agencies direct access to the company’s servers.

Succeeding leaks showed that the NSA developed spyware that would target iPhones, allowing intelligence agencies to access messages, live microphone feeds, data contained in the devices and location data. While it was not made clear whether the program was a success, Apple again denied being involved in the development of such a spyware.

For the latest iOS 8 used by Apple on its mobile devices, the company said that it was not possible for Apple itself to decrypt the messages that were sent through their devices, adding to the company’s supposed emphasis on the security of its users.