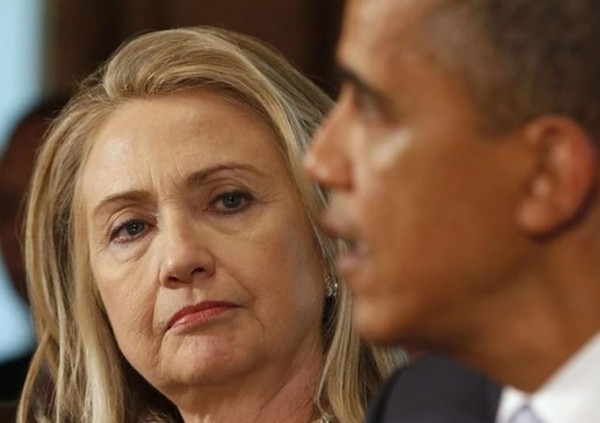 Potential 2016 presidential candidate Hillary Clinton on Wednesday backed President Barack Obama’s opposition to additional congressional sanctions on Iran, saying that sanctions would create an “excuse” for Iran, Russia and China to back out of ongoing talks.

“If we’re the reason — through our Congress — that in effect gives Iran and others the excuse not to continue the negotiations, that would be, in my view, a very serious strategic error,” Clinton said during an appearance in Winnipeg sponsored by the Canadian Imperial Bank of Commerce.

The former Secretary of State said that “insofar as we know,” Iran has put its nuclear program on hold during the negotiations, creating a “status quo” that remains in the interest of the United States.

“Why do we want to be the catalyst for the collapse of negotiations until we really know whether there’s something we can get out of them that will make the world safer [and] avoid an arms race in the Middle East?” she said.

Clinton added that “obviously, all bets are off” if Iran is found to be cheating or restarting its nuclear program.

“But right now, the status quo that we’re in is in my view in our interests and therefore I don’t want to do anything that disrupts the status quo until we have a better idea as to whether there’s something we can get out of it,” she added.

In his State of the Union address last night, Obama promised to veto any new sanctions against Iran passed by the United States Congress, where leaders like House Speaker John Boehner argue that they are necessary to ensure the safety of the U.S. and Israel.

“There are no guarantees that negotiations will succeed, and I keep all options on the table to prevent a nuclear Iran,” Obama said. “But new sanctions passed by this Congress, at this moment in time, will all but guarantee that diplomacy fails — alienating America from its allies; and ensuring that Iran starts up its nuclear program again.”

In a direct challenge to the Obama administration, Boehner on Wednesday announced that he has invited Israeli Prime Minister Benjamin Netanyahu to address a joint session of Congress to speak about Iran.

Boehner told reporters Wednesday that he did not consult the White House before extending the invitation.