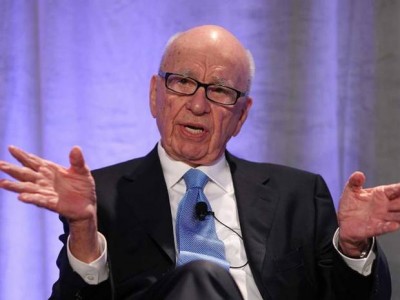 Rupert Murdoch is speaking out after Paris was hit by terror attacks earlier in the week.

The 21st Century Fox Chairman and CEO tweeted that “Maybe most Moslems peaceful, but until they recognize and destroy their growing jihadist cancer they must be held responsible,” going on to tweet “Big jihadist danger looming everywhere from Philippines to Africa to Europe to US. Political correctness makes for denial and hypocrisy.”

He was criticized in December after he tweeted congratulations to the Australian Daily Telegraph, which is part of his News Corp empire, for scooping the competition in its coverage of a siege in Sydney.

Two groups of terrorists took hostages in Paris Friday, where they hand standoffs against French security forces. At one location, French police freed a hostage and killed two brothers linked to al-Qaida. The brothers were suspected of killing 12 people at a Paris newspaper Charlie Hebdo on Wednesday. At a separate location, a kosher supermarket, four hostages died after a gunman took the store. Police eventually rescued the surviving hostages and killed the gunman.